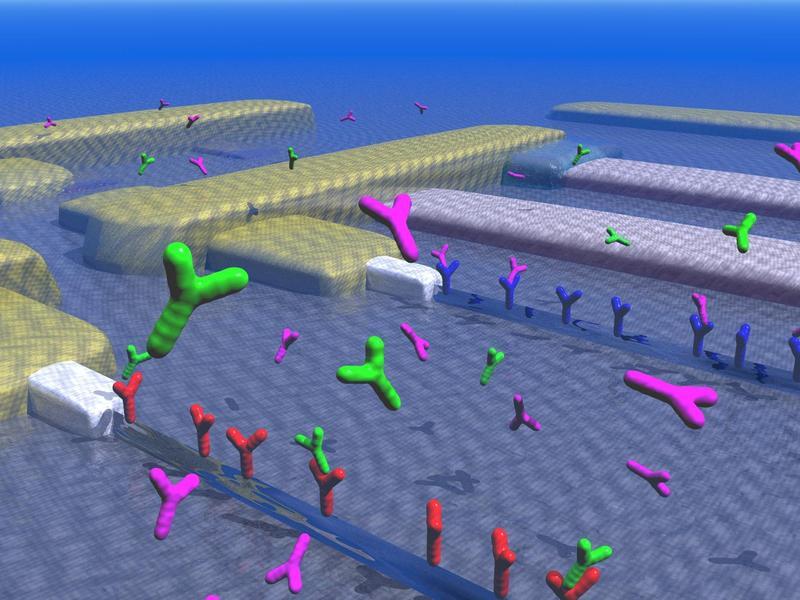 A team of researchers has come up with a biosensor that is capable of detecting molecules associated with neuro-degenerative diseases and some types of cancer. Developed by researchers at the National Nanotechnology Laboratory (LNNano), the device is basically a single-layer organic nanometer-scale transistor on a glass slide. It contains the reduced form of the peptide glutathione (GSH), which reacts in a specific way when it comes into contact with the enzyme glutathione S-transferase (GST), linked to Parkinson‘s, Alzheimer‘s and breast cancer, among other diseases.

The GSH-GST reaction is detected by the transistor, which can be used for diagnostic purposes. The project focuses on the development of point-of-care devices by researchers in a range of knowledge areas, using functional materials to produce simple sensors and microfluidic systems for rapid diagnosis.

Researcher Carlos Cesar Bof Bufon explained that platforms like this one can be deployed to diagnose complex diseases quickly, safely and relatively cheaply, using nanometer-scale systems to identify molecules of interest in the material analyzed. In addition to portability and low cost, the advantages of the nanometric biosensor include its sensitivity in detecting molecules, according to Bufon.

He noted that this is the first time organic transistor technology has been used in detecting the pair GSH-GST, which is important in diagnosing degenerative diseases, for example, adding that it can detect such molecules even when they’re present at very low levels in the examined material, thanks to its nanometric sensitivity.You may also like to know some effective natural remedies for alzheimer’s.

The system can be adapted to detect other substances, such as molecules linked to different diseases and elements present in contaminated material, among other applications. This requires replacing the molecules in the sensor with others that react with the chemicals targeted by the test, which are known as analytes. The study appears in the Journal Organic Electronics.

by The Health Site