Creation Story And The Importance Of Dreaming An Abenaki Legend 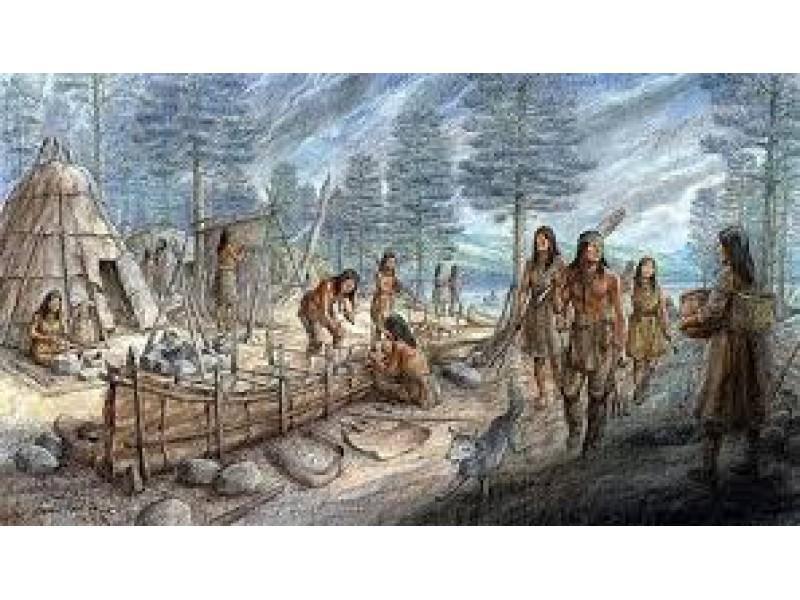 The Great Spirit, in a time not known to us looked about and saw nothing. No colors, no beauty. Time was silent in darkness. There was no sound. Nothing could be seen or felt. The Great Spirit decided to fill this space with light and life.

From his great power he commanded the sparks of creation. He ordered Tôlba, the Great Turtle to come from the waters and become the land. The Great Spirit molded the mountains and the valleys on turtle's back.

He put white clouds into the blue skies. He was very happy.He said, "Everything is ready now. I will fill this place with the happy movement of life."He thought and thought about what kind of creatures he would make.

His sleep was filled with dreams of his creation. He saw strange things in his dream. He saw animals crawling on four legs, some on two. Some creatures flew with wings, some swam with fins. There were plants of all colors, covering the ground everywhere. Insects buzzed around, dogs barked, birds sang, and human beings called to each other. Everything seemed out of place. The Great Spirit thought he was having a bad dream. He thought, nothing could be this imperfect.

When the Great Spirit awakened, he saw a beaver nibbling on a branch. He realized the world of his dream became his creation. Everything he dreamed about came true. When he saw the beaver make his home, and a dam to provide a pond for his family to swim in, he then knew every thing has it's place, and purpose in the time to come.

It has been told among our people from generation to generation. We must not question our dreams. They are our creation.