Cotton Bud Sticks to be Made from Paper Help Save Sealife 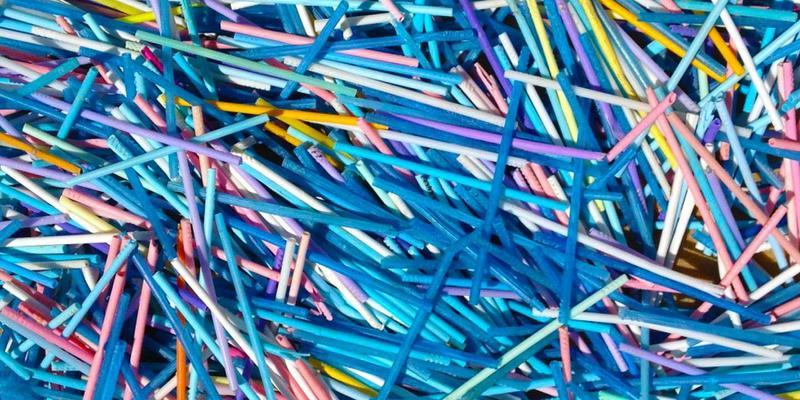 Toiletries giant Johnson & Johnson says it will stop producing plastic cotton bud sticks by the end of 2016 after campaign to stop them polluting oceans and littering beaches.

Flushing a cotton bud down the lavatory will no longer be so harmful to the environment, under plans from one of the world's biggest toiletry manufacturers to switch from plastic to paper sticks.

Hundreds of thousands of cotton buds are flushed away in bathrooms around Britain every week, despite water company pleas not to do so.

Plastic cotton bud sticks are able to slip through sewage treatment works and wash out into the seas, where they pollute the oceans and can kill marine life.

Many of them also end up washing up on the shore, littering beaches.

Paper sticks, by contrast, are more likely to settle out of the sewage before even reaching the sea and will biodegrade relatively quickly if they do end up in the ocean.

Toiletries giant Johnson & Johnson, which sells more cotton buds than any other brand in the UK, has now announced it plans to "end production of all plastic stick cotton buds by the end of the year" and replace them with paper sticks, starting with products sold in Europe.

Currently only a minority of UK retailers, such as Marks and Spencers, John Lewis and The Body Shop, retail paper stem cotton buds.

Supermarket Waitrose also plans to end the use of plastic stems by the end of the year.

Dr Clare Cavers of environment charity Fidra, which has been campaigning for the switch to paper, said: "Plastic in our seas is a major pollution problem. Better materials are out there and the more we use them the closer we are to a cleaner ocean."

It said that on one Scottish beach alone, 13,500 plastic cotton bud sticks were found by conservation volunteers from the Marine Conservation Society in a single visit.

It is launching The Cotton Bud Project, a new campaign to urge more retailers to switch to paper sticks and consumers to choose them.

The charity says that even paper cotton buds "should be disposed of responsibly with household waste".