Consciousness in a Deck of Cards? 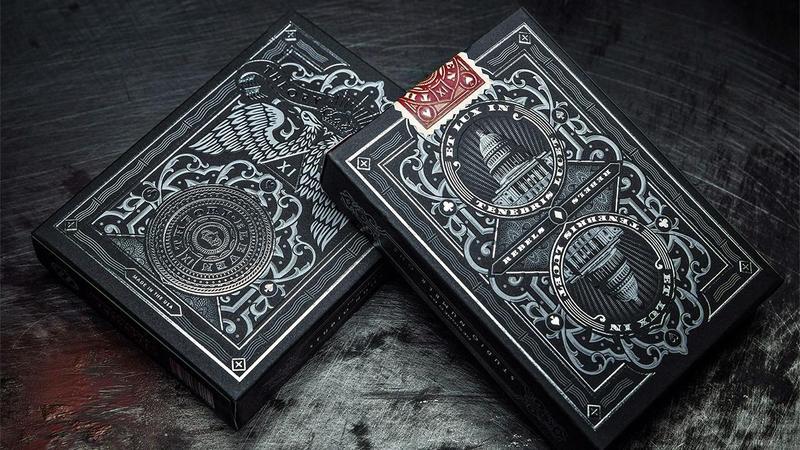 Is there an actual esoteric, mathematical science behind a common deck of playing cards? Believe it or not, the deck of common playing cards was one of the original calendar systems based on true solar time. More importantly, this calendar system served as a secret, mystical oracle. Intrigued, I started "playing" with this ancient oracle about 6 years ago with my friend. Nothing serious. I didn't give it much credibility at the time because I could not imagine a deck of cards having any real value as far as consciousness or divine truth. Even the loud, bold, tacky colors of the oracle’s book cover turned me off, but something kept drawing me in.

This oracle is not founded on random card throwing or the Tarot. The Tarot is thought to have evolved from this oracle such that the symbol of the heart suit in the playing cards would be analogous to the cups in the Tarot deck. It is my hunch that since the heart suit is considered “first” in the suits, it would correspond to the elements of water and earth, also known as “kapha” in the ancient science of Ayurveda. It is universally accepted that the water element represents the emotions of the heart. Kapha is a Sanskrit word meaning “what sticks” and is most prevalent in our bodies and in the universe in the spring, which initiates the first signs of new life waking up from the winter slumber.

Based on the day of one’s birth, the secret information revealed in this oracle is rooted in numerology, planetary archetypes, divine law and sacred geometrical symbols that represent the 5 great elements (ether, air, fire, water, earth). When the sacred geometrical symbols of the hearts, clubs, diamonds and spades are superimposed over each other in a specific design, it forms the shape of a human being centered on the matrix of the supersonic pole that passes upward through the adipati crown chakra and downward through the muladhara root chakra. I have found many other fascinating parallels with the science of Ayurveda, more specifically, a correlation that exists between the suits of the cards and the doshas. Dosha is a Sanskrit word meaning biological humor and usually indicates an imbalance of one of the five great elements within the body. It is thought to also contain many consistencies with the ancient Aztec calendar. I imagine this oracle was innovated around the same time the great Rishis cognized the beautiful science of Ayurveda in India. Perhaps the in the congruencies in these cognitions can be explained by the “Hundreth Monkey” effect? In any case, this oracle, along with the science of Ayurveda, has supported me in understanding my relationships, my purpose, my past and myself on a very deep level.

The magic of this oracle was intuited and interpreted by great mystics, astrologers and seers called The Order of the Magi (O.O.M.). They have also been referred to as The Three Wise Men who knew about the birth of Jesus simply by observing the Star of Bethlehem. They could calculate the longitude and latitude of his birth using this oracle. According to Onley H. Richmond, author of “The Mystic Test Book”, published in 1894, the secrets of the math and sacred geometrical symbols of the playing cards are so powerful that the world was not ready to receive such knowledge until the turn of the 19th century. Even now, there are still many hidden mysteries and secrets in this oracle that remain to be unraveled and shone to the world.

“And he said until me, you must prophesy again before many peoples and nations and tongues and kings.”

The only 2 other books published on the science of the cards between 1894-1989, were “Sacred Symbols of the Ancients” by Florence Campbell and Edith Randall and “What’s your card?” By Arne Lein. In 1998, Robert Lee Camp’s books “The Love Cards” and “The Book of Destiny” caught my attention and have become my latest passion.

After charting and analyzing all the predictions and personality traits of my birth card and my planetary ruler card, I am convinced beyond a shadow of a doubt that there is great truth, consciousness, and prophecy within these cards. The accuracy is higher than any Jyotish or Western astrological reading I have ever received. A few months ago, I began a professional career as a Destiny Counselor in Fairfield using this oracle. I have created the space for many clients to receive clarity, hope, vision into the Self and the their future. Often, a counseling session using this oracle can assist people in understanding their past and current relationships, future relationships, behavioral patterns, personality quirks, lessons and their personal dharma.

In Onley Richard’s book, Mystic Test Book, he alludes to the notion that everything in our world has numbers that define its electromagnetic frequencies. In his words: “Everything that exists, large, or small, possesses a number that exactly gives a mathematical expression of the thing itself. If the constitution of the thing is complex, the number is complex. If it be simple in constitution, the astral number is simple.”

I have found a beautiful, harmonious balance of linear and horizontal knowledge within this oracle. It perfectly integrates the logical, scientific, left brain of Shiva with the intuitive and abstract right brain of Shakti. The cosmic dance of Shiva and Shakti within this oracle can illuminate our purpose and assist us in transcending all illusion. By simply remembering and understanding why we have chosen our particular careers, families, friends, sorrows, joys, adversities and lovers, we can make more conscious choices, evolve toward greater love of the Self and see the Creator within every stone, flower and person.

Spiritually speaking, the Ace of Spades has a much more profound and valuable message for us. It is the one card in the deck that represents the hidden truth that lies behind the veil of illusion and the maya in this Kali Yuga (Age of darkness) and ignites the clarity that exists in the bliss of the Sat Yuga (Age of enlightenment).

The danger that lies beneath all oracles and astrological systems is the temptation of surrendering all your power to “the system” instead of seeking the answers within. One must stay fully aware and awake to that possibility. Another danger is forgetting the power of now and the gift of the present moment. When we know our future, it becomes challenging to live in the moment. It can create anxiety in some cases. If you want to remain truly conscious and present, yet dabble in the cards to peer into the future, one must practice returning to the moment and allowing time to unfold naturally in it’s perfect divine order and pace. This practice can become a sadhana (spiritual practice). By magnifying the duality that exists between the future and the now, we are presented with the choice to live for the future or live in the moment. It can serve as an opportunity to continually remind oneself that all we really have is the current moment, regardless of our destiny. Though there are some karmas we must live out, we can do so with ease if we experience life in the “Witness” state of being. One of my great teachers, Dr. Vasant Lad once said, “Watch the watcher”, or in other words, witness the watcher (yourself) and observe the experience, separating your sacred self from the earthly experience.

The blueprint of your destiny does not take away free will. In fact, the knowledge in this oracle can help direct your attention to what you want to create in your life with the power of intention and prayer. We can sustain our intrinsic, unbounded, infinite nature once a true understanding is attained of how to read the specific energy, archetypes and influences that surround us. At the deepest level, this oracle will remind us that we were the ones that actually created our destinies and blueprints before we incarnated so that we could experience certain circumstances, patterns, emotions and specific people that could guide us to learn more about love and create more love in the world.

The card associated with your birthday is a symbol of a reservoir of karmic and personality attributes. Your card is not who you truly are. Instead, your card is a description of the traits you have chosen to embody in this lifetime that will help you reach self-actualization. It can give insights to events that repeat themselves over and over again in your life. With this knowledge, you can develop more understanding and compassion for the life you have chosen. You can transcend your card because you are much more than your card! Ultimately, we embody every card in the deck. Yet, we can’t deny the unique traits and patterns symbolized by the cards that influence our daily lives. We can rise above our card’s characteristics and patterns once we fully embrace dark and light aspects of your birth card. Those who think they can rise above the dramas of the card they chose without first embracing them are mistaken. The choice to be born on a certain day reveals exactly what we must learn to love. It is ourselves that we must love, with all the flaws and glories of the unique karmic characteristics and vibrations of the day we chose to enter this world.