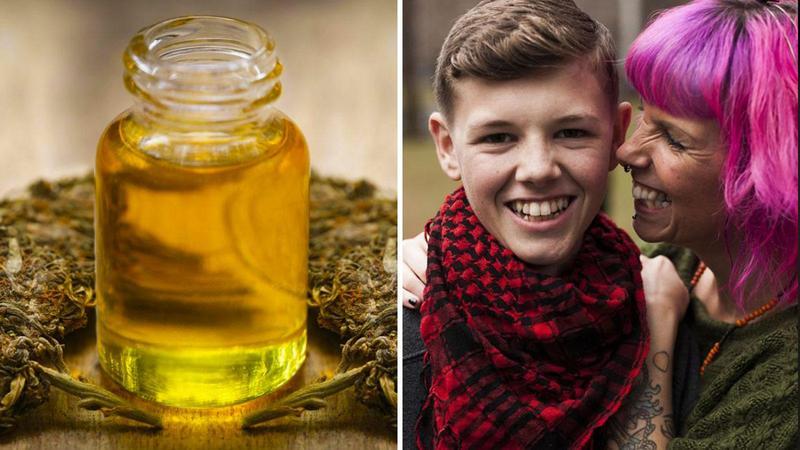 Callie Blackwell has bravely spoken about giving her dying son Deryn cannabis to ease his cancer symptoms which led to his miracle recovery.

The 17-year-old made an amazing fight back to full health after a relentless four year battle with a one in seven billion form of cancer called Langerhans cell sarcoma.

Deryn’s desperate mother Callie created a cannabis tincture to help her son, who was given three days to live and had planned his funeral after three unsuccessful bone marrow transplants.

She admitted she had "nothing to lose" as her son was "dying anyway", and now hopes to stimulate debate and medical research into the treatment, which hasn't been licensed for children in the UK.

Speaking to Holly Willougby and Phillip Schofield on This Morning, Callie said: "Honestly the effects of it blew my mind. It wasn’t what I expected.

"We noticed within half an hour he was chilled out, the anxiety stopped, he was able to relax."

Despite being given just days to live, Deryn battled his way back from the brink as his body began to produce white blood cells in a miracle recovery.

To test the theory Callie even withdrew the cannabis tincture and saw her son's white blood cell count fall again.

Deryn was diagnosed with leukaemia at the age of ten, and discovered two years later he had developed another rare form of cancer called Langerhans cell sarcoma, making him one in seven billion.

After four unsuccessful bone marrow transplants, he was moved to a children’s hospice where he began to plan his funeral.

Deryn admitted that he wanted to die due to the extraordinary pain caused by round after round of chemotherapy and radiotherapy.

The brave teen said: "One you accept it, it becomes very calming, quite nice in the sense. After four years of treatment it’s enough."

Callie also confessed that Deryn was "dying to be a chef" now that he had made a full recovery and was "perfectly healthy".