Druids: the surprisingly modern origins of myths
May 5, 2018

The new TV series Britannia, that has won plaudits as heralding a new generation of British folk-horror, is obviously not meant to be strictly historic. Instead director Jez Butterworth provides us a graphic re-imagining of Britain on the eve of the Roman conquest. Despite its violence and insanity, this is a society bound together by ritual below the head Druid (played Mackenzie Crook). But where does this notion of pre-conquest British beliefs come from?

Contemporary resources of this period are extremely thin on the ground and were mostly written by Britain’s Roman conquerors. No classical text gives a systematic account of Druidical ritual or perception. In reality, little was written at length for centuries before William Camden, John Aubrey and John Toland took up the topic in the 1500s and 1600s. But it took later antiquarians, such as William Stukeley writing in 1740, and William Borlase in 1754 and Richard Polwhele in 1797, to completely develop their thinking.

Popular notions of pre-Roman Britain now derive from the intricate Druidical theories: the bearded Druid, possessor of arcane knowledge, the stone circles, the ritualistic use of dew, mistletoe and oak leaves in dark, wooded groves, and the ultimate terror of human sacrifice and the bacchanalia which followed.

The antiquarians were a disputatious lot and their disagreements can seem baffling, however underpinning them were basic questions regarding the very first settlement of the British Isles and its spiritual history. In specific, the antiquarians inquired if historical Britons were monotheistic, practising a “natural” religion anticipating Christian “revelation”, or even polytheistic idolaters who worshipped many false gods.

The answer for this question determined how the antiquarians understood the monumental stone structures made by this past culture. Were Stonehenge, Avebury or the antiquarian wealth of Devon and Cornwall not just relics of idolatry and irreligion but also signs of the supposed grip the Celts formerly had over the territory? Conversely, when the stone circles and other relics were signs of the struggle by an ancient people to make sense of the sole authentic God before Roman Catholicism tainted their faith (recall these antiquarians were Protestant thinkers), then a God-fearing Englishman might claim them as part of his heritage.

Stukeley thought Britain’s initial settlers were eastern Mediterranean seafarers – the so-called Phoenicians – and they brought Abrahamic religion with them. In research of Stonehenge (1740) and Avebury (1743), he argued that the early peoples descended from these first settlers lost sight of these beliefs but kept a core grasp of the basic “unity of the Divine Being”. This has been represented in rock circles, therefore “expressive of the nature of the deity with no beginning or end”.

By this reading, Druidical veneration of celestial bodies, the Earth along with the four components wasn’t polytheism but the worship of the very extraordinary manifestations of this single deity. Moreover, that this worship was conducted in the vernacular and relied upon the evolution of a teaching caste intended to inform the people meant that Druidical faith was the forerunner of Protestantism.

Borlase, surveying Cornwall’s antiquities, rejected much of this. He scoffed at Stukeley’s Phoenician concepts, stating it was foolish that Britain’s primary folks were foreign traders, and he argued that Druidism was a British invention that crossed the channel to Gaul. By drawing ancient, Biblical and modern sources, Borlase developed an elaborate accounts of the Druids as an idolatrous priesthood who exploited the ignorance of the followers by producing a sinister atmosphere of mystery.

According into Borlase, Druidical ritual was bloody, decadent, immoral stuffed with lots of sex and booze, and only persuasive in atmospheric all-natural settings. Druidical power rested fear and Borlase indicated that Catholic priests, with their use of incense, devotion to the Latin mass and superstitious belief in transubstantiation, used exactly the very same methods as the Druids to preserve power over their followers.

Poems for example William Mason’s Caractatus (1759) helped popularise the concept that the Druids directed British resistance to the invading Romans – but from the 1790s sophisticated metropolitan observers treated this stuff with scorn. Despite this, Druidical theories preserved considerably influence, particularly in south-east England.

Most significant were the “many Druidical vestiges” centred in the village of Drewsteignton, whose title he thought has been derived from “Druids, upon the Teign”. The cromlech, called Spinsters’ Rock, in local Shilstone Farm encouraged much speculation, as did the exact result attained by the “fantastic scenery” of the steep-sided Teign valley. 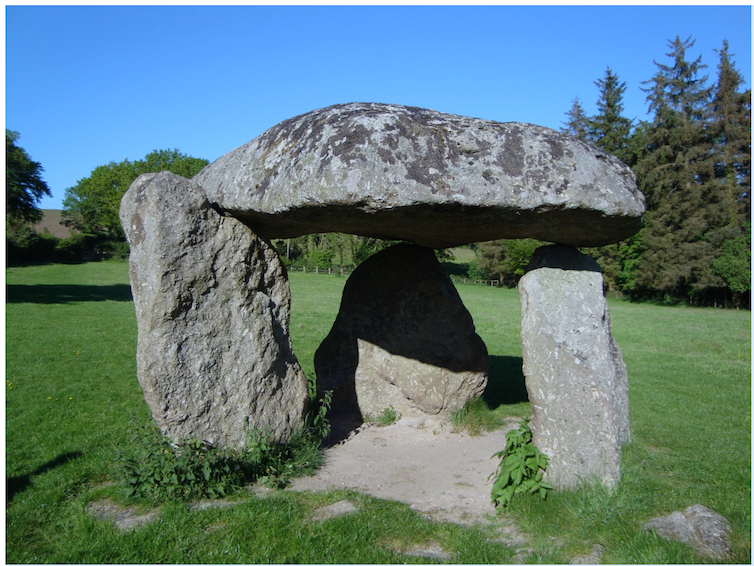 Polwhele’s influence has been felt in Samuel Rowe’s A Perambulation of Dartmoor (1848), the first large topographical description of the moor. Many Victorians first encountered Dartmoor during Rowe’s writings however the conversation of those texts in my history of modern Dartmoor reveals a new generation of preservationists and amateur archaeologists didn’t take Druidical theories quite seriously.

For the overdue Victorian members of these Devonshire Association along with the Dartmoor Preservation Association, scepticism has been a indication of sophistication. If a previous generation had discovered Druidical traces in most Dartmoor’s natural and human features, these people were more likely to view signs of agriculture and domesticity. Grimspound, once a Druidical temple, was believed to be a cattle pound.

Despite Protestant expects during the Reformation that superstitious beliefs linked with landscape features could be banished, the concept that the landscape retains religious mysteries we know but can’t explain, or the stone circles of antiquity excite these feelings, remains common enough. Indeed, Protestantism came to terms with those feelings as well as the Romantics saw the beauties of the British landscape as the supreme manifestation of God’s handiwork.

But Butterworth is working according to an older tradition. Rather like his antiquarian predecessors, he’s made a mostly imagined universe from a scattered classical references along with a whole lot of accumulated legend and myth. Whether Britannia will re-enchant the British landscape for a new generation of television audiences is not possible to state, but my hunch is that those lonely stones around the moors, like the Grey Wethers or Scorhill on Dartmoor, are likely to entice a fresh cohort of visitors.

Annette James
Read more Neo-Paganism related articlesBook services related with Neo-Paganism
Leave your comments / questions for this practitioner
To write a comment please
or
Services
This category is currently empty though we are working on it. Please review services from the similar categories below.
Go to all Services

Existing alongside Egyptian and Greek paganism, pre-Christian Slavic deities remain among the most mysterious ancient beliefs in history. Passed down for generations before the first written documentation, these creatures of folklore evolved completely ap…

The temple at Hatra in Iraq, destroyed last year, featured a carved figure with an acanthus-leaf beard, a possible prototype of the Green Man. On corbels and ceiling bosses and misericords closer to home, the Green Man appears as either a human tormented …

Demi Powell
United Kingdom of Great Britain and Northern Ireland
7 min.
Neo-Paganism
May 3 2018
A look at Paganism in South Africa

Encompassing over 470,000 square miles and boasting close to 1,750 miles of coastline on two oceans, South Africa is the 25th largest nation by area, also 24th largest by population. The expression “Pagan” was unknown there before 1994, at which time the …

For some time now, a debate has been rolling about the status of “pagan studies” as a field of academic research. It’s not that there’s been any doubt about the importance of studying contemporary paganisms; on the contrary, academic as well as mainstream…

Existing alongside Egyptian and Greek paganism, pre-Christian Slavic deities remain among the most mysterious ancient beliefs in history. Passed down for generations before the first written documentation, these creatures of folklore evolved completely ap…

The temple at Hatra in Iraq, destroyed last year, featured a carved figure with an acanthus-leaf beard, a possible prototype of the Green Man. On corbels and ceiling bosses and misericords closer to home, the Green Man appears as either a human tormented …