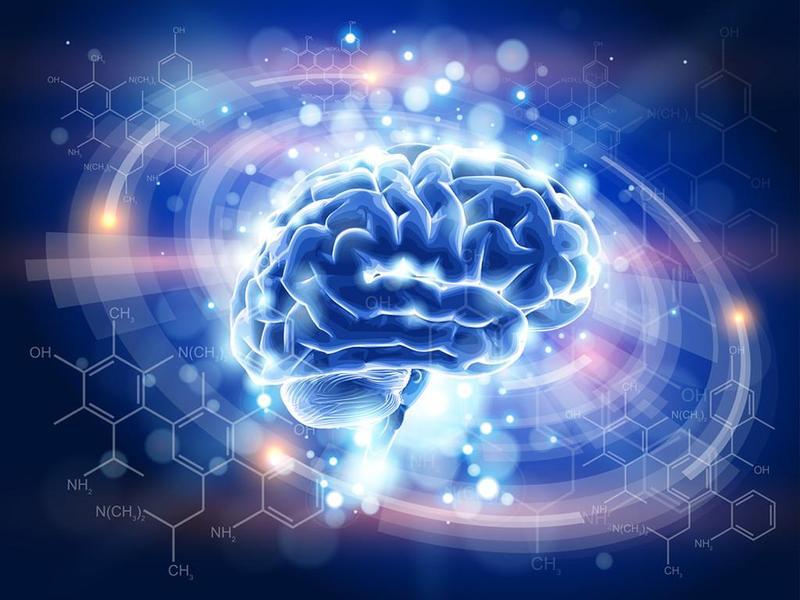 Until recently, the idea of controlling our environment using our thoughts belonged to science fiction books and movies. But with the development of neuroscience in the last 30 years, this dream is becoming a reality.

Nowadays, we are able to use the brain’s electrical activity to make changes and control our surrounding environment through the power of computers. The young field of brain computer interfaces (BCI; also called brain machine interface, BMI) is rapidly growing, thanks to the expansion of available computational resources and our better understanding of the human brain.

BMI is a computer-based system designed to collect, analyze and translate brain signals into commands that can be executed on behalf of a person. Generally, the input is the electrical activity of brain collected as electroencephalography (EEG) readings.

First is a signal acquisition device, mainly electrodes with a signal amplifier.

The second part is a computer used for the feature extraction – the specific brain waves generated by the intention of a person to make an action are recorded and analysed.

Finally, the system needs an output that can be a moving cursor on a screen, or a robotic arm.

The first scientific attempts to use neuronal activity to communicate information to a computer were undertaken in the 1970s when several groups of scientists tried to get the proof of concept working – initially on a monkey brain and later on a human one. Although these initial experiments were interesting, they offered a very limited possibility of interaction with the computer interface. But over time, our growing understanding of brain electrical activity and especially brain electrical waves has opened the road to a new generation of BMI.

BMI techniques can be divided in two major groups: EEG-based and non-EEG-based systems.

The EEG-based systems rely on collecting the electrical activity of the brain generated at postsynaptic membranes.

The activity measurements can be collected from the scalp using electrodes which is an easy and safe technique. EEG-based BMIs can be used to control a device such as a robotic arm, wheelchair or a cursor on a computer screen.

A number of researchers are focusing on the potential offered by BMI in neurorehabilitation. When brain suffers damage due to stroke or a traumatic accident, some of its motor capabilities can be lost. The re-learning process can take a long time in an adult patient. Using BMI, some research teams have proved that it is possible to reduce the time and effort invested in such re-learning to achieve better results.

Nevertheless, EEG-based BMI machines have the major disadvantage of not gathering some important signals, as these signals are collected outside of brain and have to penetrate the skull and different protecting layers of the brain. Moreover, non-invasive EEG techniques are mainly based on training. The subject is intentionally trained to control his own brain waves to enhance signal delivery to the machine. Moreover, the decoding software is also trained to identify the specific signals corresponding to commands from the continuously generated brain activity. This software training is necessary to accurately decode signals as commands of an action. As a result, such approach will only bring stable results after prolonged training.

Electrocorticography is a more invasive technique where electrodes are placed between the brain and the protective layers allowing for collection of cortical activity and resulting in a good signal resolution with reasonably low clinical risk during surgery. Using this method, a number of researchers have been successful in decoding motor commands directed to a finger, a hand or an arm. Such information has been used to control robotic hand and selecting characters on the screen.

Even further, the electrocorticography technique was used to decode speech signals with an intention to use it in direct speech synthesis which will be a great jump in restoring voice for speechless patients. Apart from the better resolution, other advantages of this partially invasive technique are the short period of training required and the stability of results over time.

A more invasive technique uses electrodes placed directly in contact with the brain parenchyma which makes the signal acquisition much more efficient and results in higher resolution EEG. Such techniques promise better control of external devices. In clinical trials the patients were able to control a computer cursor, robotic arm, lights and even a television using brain-implanted electrodes. In a resent trial, a monkeys has been implanted with brain electrodes and trained to navigate a wheelchair. The monkeys have been able to navigate very accurately demonstrating that scientists are on their way to master this technology. Scientists also demonstrated that performances of invasive BMI can achieve stable results for up to 1000 days after the electrode implantation.

One promising application of the technique is the decoding and restoration of speech using only imagined speech. If it works, a disabled patient will be able to speak using a synthesized voice. However, the obvious drawback of the invasive electrode implantation is the need for an accurate and delicate surgery which can expose subject to high clinical risk.

The non-EEG based systems do not only rely on the brain waves but also use heart rates, facial expression, pupils size and so on to decode a mind state of a subject. Neuro-gaming is one application where all of these parameters are used to adjust the player’s experience of a computer game by harmonizing the game music or scenario with the player’s mood. Using neuro-gaming, a team of researchers and medical doctors was able to dramatically improve the motor results of children affected by early childhood movement disorders.

Bio/neurofeedback is another promising example of non-EEG BMI use. This technique monitors body parameters such as muscle contraction by electromyography (EMG). The resulting information can be used to treat some conditions such as attention deficit hyperactivity, teeth grinding or chronic pain disorders. The device will try to challenge the subject to control the disorder by showing the initial subject response and helping him to adjust his mind state to achieve an enhanced control of the condition.

BMI is still a young field of science. Nonetheless, it is achieving increasingly impressive results. BMI can surely offer the ways of treating disabling diseases and conditions but it can also be the source of valuable knowledge about the brain circuits and the complex electrical/motor activity relationship. And as our understanding of brain work improves, brain-machine interface techniques may offer some surprising and useful applications in the future.