Brain Cell Myths Busted! Ageing and Alcohol DO NOT Cause Neurons Loss 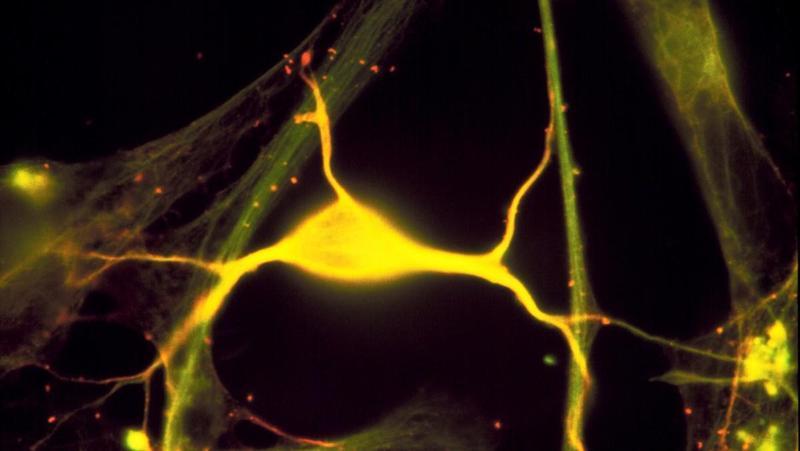 Basic facts about the brain are a key part of many introductory psychology courses, including information about brain cells. For instance, for years, students (and the public) have been taught that, thanks to the ageing process, the older we get, the more brain cells we lose. But as outlined in a new review in the Journal of Chemical Neuroanatomy by Christopher von Bartheld at the University of Nevada, many established facts about brain cells (like the idea we lose lots of them as we get older) have been shown by modern techniques to be misconceptions. Taken mostly from the review, here are four myths about brain cells, plus one unresolved issue.

Myth #1. Significant loss of neurons is a normal part of ageing

Studies into brain cell loss conducted in the 1950s to 1980s, mostly on animal brains, painted a dispiriting picture. The findings suggested we lose about one per cent of our brain cells per year through adulthood, meaning that the brains of the elderly were estimated to have lost between 35 per cent to 55 per cent of their peak number. Through the 70s and 80s this led to the received wisdom that neuronal “fall out” is a normal part of ageing and contributes to loss of intellectual prowess in old age. von Bartheld even speculates that this widespread misconception may have led to the observed spike in suicidal ideation among older people in the 70s and 80s, “since mental decline is among the disabilities most feared in old age”.

In fact, it’s now known that these early estimates of brain cell loss through age were distorted by a failure to adjust for the brain shrinkage associated with ageing. Although older brains get smaller, they retain most of their neurons (which become more densely packed).

Using more modern techniques that adjusted for shrinkage, studies through the 1990s and 2000s either found no neuronal loss or minimal loss with ageing. Combining data from all these different studies, the best estimate is that ageing leads to just a 2 to 4 per cent loss of neurons across the lifespan.

“It now appears well-established that cortical neuron numbers in humans decline very little during normal ageing,” writes von Bartheld, “and intellectual decline with age may rather be due to numerical reductions of relatively small, specific neuronal populations, or changes in ageing neurons’ chemistry or morphology.”

Cells in the brain can be crudely divided into neurons and glial cells. Until very recently, most research and interest has been on neurons, with glial cells either ignored or seen as occupying a kind of support role or house-keeping function for the neurons. However, as it is reported in the Great Myths of the Brain

, it’s now known that some glial cells (specifically astrocytes) have a direct role in information processing in the brain because they can influence the signalling that goes on between neurons. They even seem to play an architectural role in neural networks, helping to create and eliminate synapses (the points of communication) between neurons. Based on this, a key researcher in this area, Maiken Nedergaard, says that we should see glial cells not as the servants of neurons, but as their parents.

Given that glial cells are incredibly important, including being involved in cognitive functioning, it’s rather alarming that for many decades we collectively had a complete misunderstanding of how many of these cells there are – the popular estimate, considered “common knowledge”, was that there are approximately ten times as many of them as there are neurons. Part of the reason for the perseverance of this wildly mistaken figure was that it was cited with authority in numerous editions of the “bible of neuroscience”, Nobel laureate Eric Kandel’s Principles of Neural Science.

Von Bartheld says the myth originated from studies in 1960s that focused on cells counts in parts of the brainstem where glial cells do dramatically outnumber neurons. Counter evidence was largely overlooked until the 2000s when a new technique was developed for counting cells – isotropic fractionation – which effectively turns the whole brain into a soup-like state allowing the easy and accurate counting of different cell types across the entire brain.

Pioneering work by Brazilian neuroscientist Suzana Herculano-Houzel using this technique has established there are roughly equal numbers of glial cells and neurons. “The concept that glial cells are not more abundant than neurons in human brains is now becoming increasingly accepted in the field,” writes von Bartheld.

Alcohol abuse is clearly harmful to health in general and to our brains in particular. However, yet another misconception related to brain cells, at least in the 1970s and 1980s, was that they are literally destroyed throughout the brain by excessive alcohol consumption. von Bartheld says this idea originated from animal studies that showed exposure to alcohol did indeed lead to significant, widespread loss of neurons or glial cells. The present understanding, he says, is that in humans, alcohol abuse mostly harms the fatty insulation (the “white matter”) that surrounds the axons of neurons, which will impair functioning but not lead to cell death. However, some neuronal loss can occur in especially vulnerable regions, principally the frontal cortex. “This refined concept of regional, restricted losses provides more hope to former and recovering alcoholics,” von Bartheld writes, “because axonal (white matter) and myelination deficits may be potentially reversible, while dead neurons in the central nervous system generally cannot be replaced.” As for moderate alcohol consumption, various authorities state that this will not kill your brain cells. For instance on its Brain Facts website, the Society for Neuroscience states plainly:

“Moderate amounts of alcohol do not kill brain cells”.

Unresolved issue: Men have more neurons, on average, than women

It’s an established fact that men’s brains are bigger, on average, than women’s, but does that also equate to having more brain cells? Not necessarily because it’s possible that the cells are packed more densely into the female brain. Based on a combination of data from four major studies published in the 1990s and 2000s, together involving 80 male brains and 73 female brains, von Bartheld estimates that men average 16 per cent more neurons than women (“23.7 billion cortical neurons in males vs. 19.8 billion cortical neurons in females”). However, given the lack of studies using the modern isotropic fractionation (brain soup) technique, and also taking into account “the considerable variability between individuals”, von Bartheld says that while it is likely that men average a greater number of neurons, this has yet to be “conclusively shown”. It’s perhaps also worth adding that more neurons doesn’t equate to greater intelligence (and that average IQ is virtually identical across the two sexes). “It is … possible,” says von Bartheld, “that instead of neuron number, the number of synapses and/or circuits is the crucial parameter for intelligence.”

We Should Assume Less

Overall, when it comes to studying the basic cellular make-up of the human brain, von Bartheld says that “we need to be vigilant about assumptions that are taken for granted, as shown by the evidence that ‘text-book knowledge’ may not be correct.” Something for us to bear in mind when studying Biological Psychology 101. In the brain cell field, von Bartheld adds that “it is important to keep an open mind and be inquisitive and creative, in order to separate truths from myths” – wise words that might fairly be applied to any form of scientific discovery.