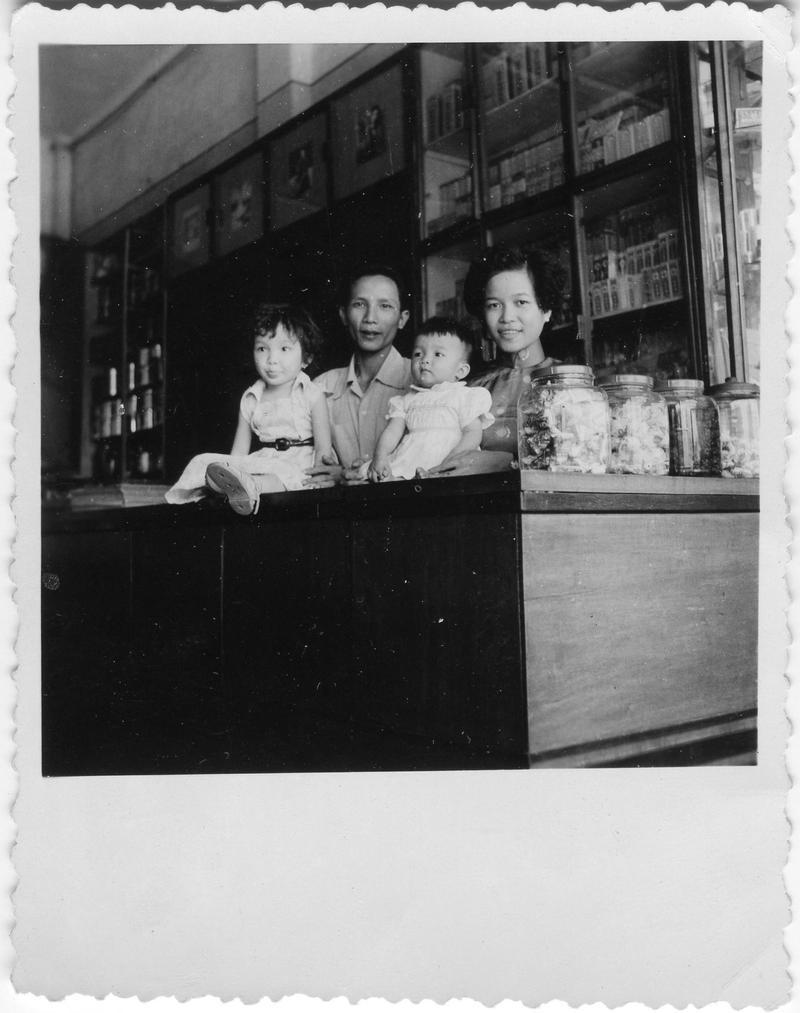 Back in 1949, I wasn't even born, my parents already ran a small TCM pharmacy in the center of Saigon (today it's now called Hồ Chí Minh city) of the country Vietnam.

My grandfather was a head masterart master of our town (Dabu Guangdong), and he performed numerous kungfu compatition in real combats.   Unfortunately, he was accidently injured in the last compatition and died shortly after when my father was a few years old.  My father was the youngest child among his sibblings, so he didn't really get to learn much from his dad.

When he grew up, he left China & worked for his uncle who had the herbal manufactory in Vietnam.  At the time, everyone has to learn from ground up.  Got the raw materials imported from Hong Kong, then they all have to learn to prepare manually, from cutting, drying, cooking, processing, untoxification, etc..  They had to do them all while learning to treat patients with them under a grand master.

After the fall of the South Vietnam, under the Communist regime, many Chinese people once again fleed the country & looked for new opportunities to practice TCM.  My family  was among the boat people who relocated in Chicago.

In 1986, we started the Chinese herb pharmacy in city of Chicago and added the acupuncture clinic in 2007 after it had been legalized in Illinois.  We had served patients from all cultures and races besides Asian people.  Today, we even have Spanish speaking practitioners besides English.