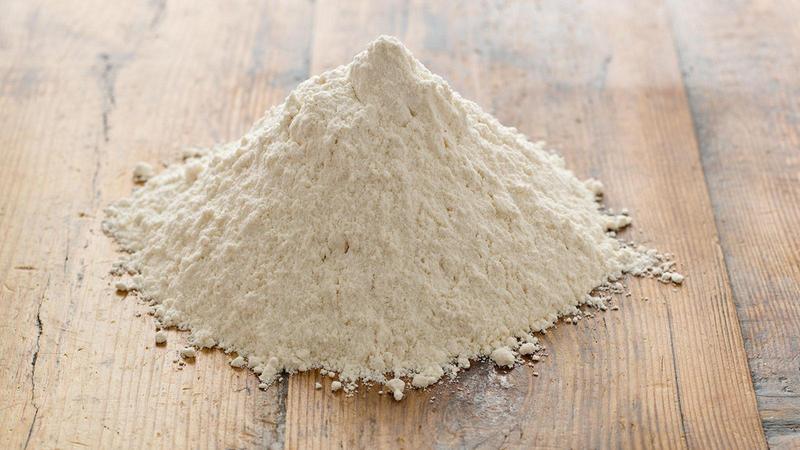 In 1910, the Federal District Court of Missouri declared bleached white flour unfit for human consumption. But, unfortunately, according to H.W. Wiley, first chief of the Food and Drug Administration, the enforcement of this law was “halted through the political influence of the flour millers” and “no notice of violations has since been made by the FDA.”

Nowadays, flour is made from wheat that is being treated with fungicides, pesticides, and insecticides from seedling to storage. Since then approximately 60 different chemicals have been approved to bleach flour.

The manufacturers of white flour first remove the wheat seed’s bran, it’s 6 outer layers, and the germ which contains 76% of the vitamins and minerals. 97% of the dietary fiber is also lost.” It removes all Vitamin E, 50% of calcium, 70% phosphorus, iron, magnesium and B vitamins.

After removing all the layers, and nutrients, flour is bleached, preserved, and aged with chlorine dioxide. It is further whitened by adding chalk, alum, and ammonium carbonate to make it look and feel more appealing to the consumer. An anti-salting agent called sorbitan mono-saturate is added in the final stage. Potassium bromate is also added to white flour. It is very powerful oxidizer that damages cells. Bromate is considered a category 2B carcinogen (= possibly carcinogenic to humans) by the International Agency for Research on Cancer (IARC). Potassium bromate has been banned in most of developed countries in 1994 including all countries in European Union (chlorine, bromates, and peroxides in food is banned in the EU), UK, and Canada.

3. White flour is a natural insecticide

Did you know that if an insect gets into the bag of white flour and starts eating it, that insect will die from consuming it? White flour is a natural insecticide because it kills any insect that attempts to live off of it.

This non essential amino acid is added to most conventional baked goods to speed industrial processing. L-cysteine is found in the majority of pizza doughs, cookies, pastas, pastries and fast food buns.

It can be synthesized in a laboratory but cheaper production methods include duck feathers and human hair. Besides human hair, other sources of L-cysteine include chicken feathers, cow horns and petroleum byproducts. Most of the L-cysteine comes from China where there’s a history of poor regulation. It is disgusting and scary.

White flour contains alloxan. It is what makes your bread look fresh and clean. Studies show that alloxan destroys the beta cells of the pancreas. Alloxan’s harmful effects on the pancreas are so severe that the Textbook of Natural Medicine calls the chemical “a potent beta-cell toxin.” Unfortunately, knowing that alloxan is so toxic for your body, the FDA still allows companies to use it when processing foods we ingest. Fortunately, studies have found that the effects of alloxan can be reversed with vitamin E. According to Dr. Gary Null’s Clinicians Handbook of Natural Healing, vitamin E effectively protected lab rats from the harmful effects of administered alloxan.