SELFFAMILYSOCIETYHUMANITYEARTHUNIVERSEDIVINE
Home/Are We Alone in the Universe? Scientists Are About to Find Out

Are We Alone in the Universe? Scientists Are About to Find Out 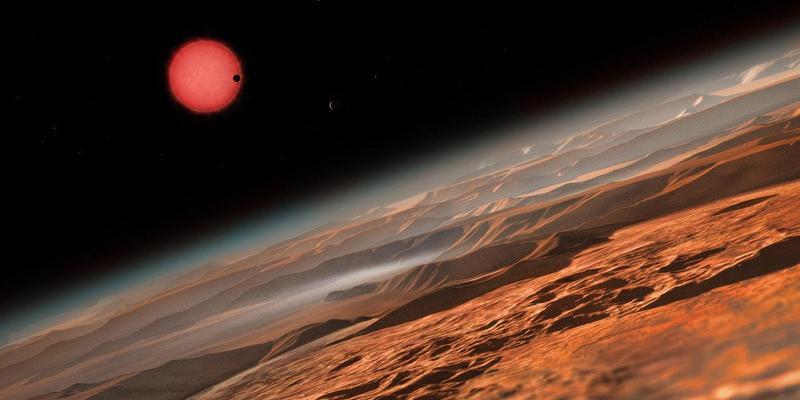 Hello? Anybody out there? Are we alone in the universe? Or is there life somewhere in space or “in a galaxy far, far away?”

Earthlings have been obsessed with such questions since God knows how long. Isn’t that why we just so love science fiction? We enjoy fantasizing about the possibilities of life beyond our own planet, perhaps just for the comfort of dreaming that we are not alone in this big, wide universe.

Within our solar system, no other planet has been confirmed to support and sustain life aside from earth. But what if we looked beyond? Could life exist outside our solar system?

For years, astronomers have been searching for exoplanets or planets situated outside our solar system. Out of more than 3,000 exoplanets confirmed since the 90s, the most interesting are those that share some similarities with earth and those that are potentially habitable. But most of them are extremely far from earth to examine for signs of life. Humans simply don’t have the kind of technology capable of looking for life forms in areas that are far too distant from our planet.

“What is new today is trying to find life in the universe, it’s not sci-fi anymore. It’s a reality, thanks to our discovery”

An unprecedented opportunity came when Belgian astronomers headed by Michaël Gillon and Emmanuël Jehin discovered a unique planetary system very close to our solar system. Or at least, close enough for earthly technology to probe for signs of life. This planetary system contains not just one but seven earth-sized planets, including three which are potentially habitable. “What is new today is trying to find life in the universe, it’s not sci-fi anymore. It’s a reality, thanks to our discovery,” Jehin said.

“Those ones are the first earth-sized planets that……so really what’s new is that trying to find life in the universe is not sci-fi anymore, it’s a reality thanks to our discovery.” — Belgian astronomer Emmanuël Jehin explains the extraordinary significance of the Trappist-1 discovery.

A long, hard search leads to a record-breaking discoveryk

In the search for earth-like planets, most astronomers have been looking in the direction of bigger stars or stars that resemble the sun. But when Gillon and Jehin started working together in 2009, they decided to focus on smaller stars that have been largely overlooked.

The Belgian team began searching for exoplanets after the installation of the TRAPPIST or Transiting Planets and Planetisimals Small Telescope in Chile in 2010. The TRAPPIST project made several headways, but it took about six years for the team to make a breakthrough. Gillon explained, “Searching for exoplanets that pass in front of the star is really like fishing. You know you’re not gonna get something at each time you try. You have to try over and over again.”

“Searching for exoplanets that pass in front of the star is really like fishing. You know you’re not gonna get something at each time you try. You have to try over and over again”.

“It took a lot of effort but also many, many observations…you have to try over and over again.” – Belgian astronomer Michaël Gillon on the challenges of searching for exoplanets.

In May 2016, the TRAPPIST team confirmed three earth-sized planets orbiting a single star which they named Trappist-1. Last February, the number was increased to seven with three considered potentially habitable or containing liquid water on the surface.

“If a planet is just passing in front of a star… this is how with our very small telescope, we detected the passage of planets in front of trappist-1.” — The Transit Method explained by Jehin.

The Belgian discovery’s significance to humanity

When we hear of planets that are “earth-like” and “habitable,” we are likely to dream of two scenarios. First, that life could exist in those planets. And two, that perhaps those planets can accommodate human beings in the future.

We now have more opportunities for exploring the first scenario following the Belgian astronomers’ discovery. The first step towards this goal is to examine the atmosphere in the newly discovered exoplanets. If their atmosphere indicates the presence of oxygen, methane, carbon dioxide, and other telltale signs of life, then astronomers will have some scientific basis for assuming that life exists beyond our solar system.

The second scenario still falls within the realm of science fiction. Given our present technology, it will take thousands to millions of years for man to travel outside our solar system. Gillon believes it is still possible, but “it will take a global effort for humankind, something that will require us to be united.”

“It would be something that would require us to be united…it puts into perspective the path we have yet to achieve to become an interstellar civilization.” — Gillon talks of the possibility of space travel beyond our solar system.

Whether or not we get there, recent discoveries alone are likely to lead to a revolution in our understanding of the universe. But from what we’ve learned up to this point, Gillon said one of the most relevant messages to humanity is that “we must continue taking care of our planet earth because it is our home and no other planet will be as suited to human beings.”

So, can life exist beyond our solar system? Is there anybody else out there in the universe? We can expect to find some answers in the future. But for now, as Gillon reminds all of us, earth and humanity are all we’ve got for sure. And as we search for possibilities elsewhere, we must not take for granted what we already have.