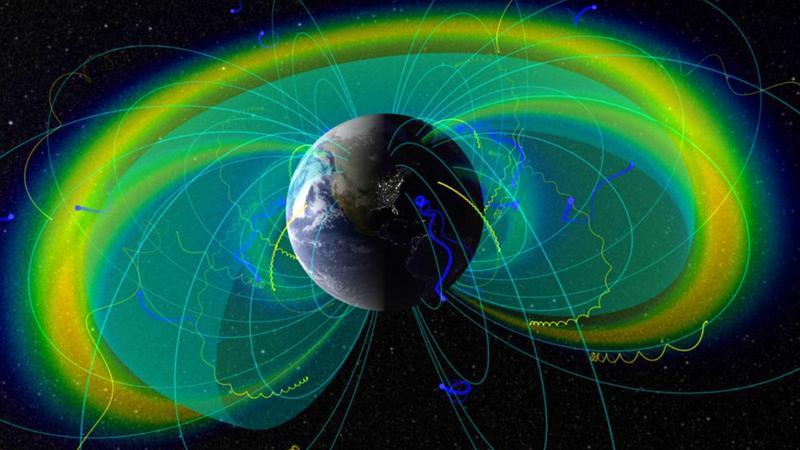 NASA space probes have detected a massive, human-made 'barrier' surrounding Earth, and tests have confirmed that it's actually having an effect on space weather far beyond our planet's atmosphere.

That means we're not just changing Earth so severely, scientists are calling for a whole new geological epoch to be named after us — our activities have been changing space too. But the good news is that unlike our influence on the planet itself, that humungous bubble we created out in space is actually working in our favour.

Back in 2012, NASA launched two space probes to work in tandem with each other as they whizzed through Earth's Van Allen Belts at speeds of around 3,200 km/h (2,000 mph).

Recently, the Van Allen Probes detected something strange as they monitored the activity of charged particles caught within Earth's magnetic field - these dangerous solar discharges were being kept at bay by some kind of low frequency barrier.

When researchers investigated, they found that this barrier had been actively pushing the Van Allen Belts away from Earth over the past few decades, and now the lower limits of the radiation streams are actually further away from us than they were in the 1960s.

A certain type of communications, called Very Low Frequency (VLF) radio communications, have become far more common now than in the 60s, and the team at NASA confirmed that they can influence how and where certain particles in space move about.

In other words, thanks to VLF, we now have anthropogenic (or human-made) space weather.

"A number of experiments and observations have figured out that, under the right conditions, radio communications signals in the VLF frequency range can in fact affect the properties of the high-energy radiation environment around the Earth," says one of the teamsays n, Phil Erickson from the MIT Haystack Observatory in Massachusetts.

Most of us won't have much to do with VLF signals in our everyday life, but they're a mainstay in many engineering, scientific, and military operations.

With frequencies between 3 and 30 kilohertz, they're far too weak to carry audio transmissions, but they're perfect for broadcasting coded messages across long-distances or deep underwater.

One of the most common uses of VLF signals is to communicate with deep-sea submarines, but because their large wavelengths can diffract around large obstacles such as mountain ranges, they're also used to achieve transmissions across tricky terrain.

It was never the intention for VLF signals to go anywhere other than on Earth, but it turns out they've been leaking into the space surrounding our planet, and have lingered long enough to form a giant protective bubble.

One of the team, Dan Baker, from the University of Colorado's Laboratory for Atmospheric and Space Physics, now refers to this as the "impenetrable barrier".

While our protective VLF bubble is probably the best influence we humans have made on the space surrounding our planet, it's certainly not the only one - we've been making our mark on space since the 19th century, and particularly over the past 50 years, when nuclear explosions were all the rage.

"These explosions created artificial radiation belts near Earth that resulted in major damages to several satellites," the NASA team explains in their new report.

"Other anthropogenic impacts on the space environment include chemical release experiments, high-frequency wave heating of the ionosphere and the interaction of VLF waves with the radiation belts."

Astronomer Carl Sagan wanted to find unequivocal indications of life on Earth from up in space — turns out, there are a bunch of them if you know where to look.

The research has been published by Science Space Reviews.