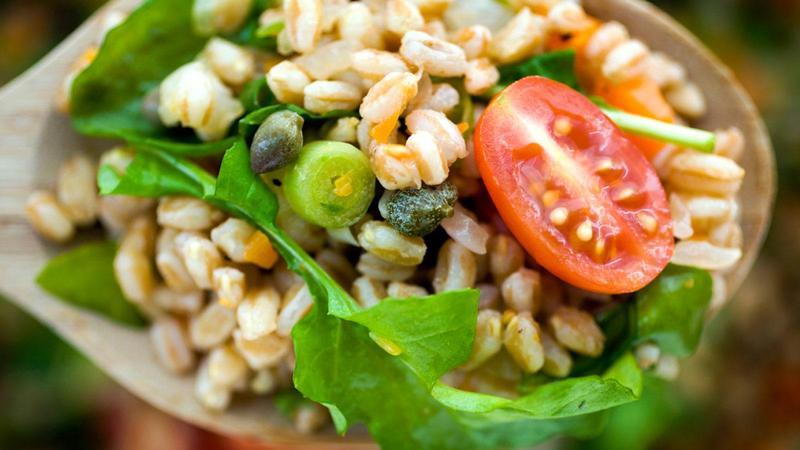 While there are no new medical articles demonstrating the health benefits of adding bacon and burgers to your diet, there are many studies that reinforce that idea that eating nothing but fruit, vegetables, grains, and legumes is optimal for your health.

In fact, new data consistently reminds us of the benefits of a vegan diet, which makes it fairly safe to conclude that avoiding meat is one of the most important health decisions a person can make.

Unlike the new data showing that the more servings of fruit and vegetables you eat, the more likely you will avoid chronic diseases and delay death, eating meat has the opposite result, leading to disease and early death. If you were ever wavering about your commitment to make it a bean burger rather than a beef burger, reviewing these nine new medical observations should keep you on track for a long and healthy life.

In a long-term study from Finland that followed more than 2,000 men over the course of 19 years, replacing even one percent of calories from animal proteins with plant proteins lowered the risk of developing diabetes by 18 percent.

A growing health concern is called non-alcoholic fatty liver disease (NAFLD). In an analysis of more than 3,000 subjects in the Netherlands, increased dietary proteins from animal sources (meat) were associated with a greater risk (reaching 50 percent higher) of developing NAFLD.

A study that focused on the relationship between processed red meat consumption and asthma symptoms found that eating cured red meat more than four times a week increased the odds of having worsened asthma by 76 percent.

The health community was stunned (although some of us weren’t) when, in October 2015, the World Health Organization announced its results of a comprehensive analysis demonstrating that processed red meats such as bacon and hot dogs cause colorectal cancer. In a more recent analysis, 400 studies were examined and found that the risk of colorectal cancer increased by 12 percent for each 100 grams of red and processed meats eaten daily. The study also found that whole grains and vegetables decreased the risk.

In an analysis of 21 studies examining diet and depression, eating red and processed meats increased the risk of depression by more than 25 percent, while fruit and vegetables had the opposite effect by 20 percent.

A Netherlands study of more than 120,000 subjects (who were followed for more than 20 years) says that the consumption of processed red meat is associated with developing cancers of the head and neck. The risk was increased as much as 50 percent compared to the low- or non-meat eaters studied.

Developing diabetes during pregnancy (known as “gestational diabetes”) can complicate pregnancies and have an impact on the health of the offspring. However, recent analysis suggests that high red-meat consumption increased the risk of gestational diabetes by more than 200 percent. Once again, processed red meat also increased the risk by approximately double compared to people who eat fewer amounts of meat.

For the first time, diets high in saturated fats like butter, egg yolks, meats, and even palm oil have been linked to increased risks of destruction of joint cartilage commonly known as degenerative joint disease or DJD. The inflammatory nature of meat was identified in the study. Saturated fatty acids in meat deposit on the cartilage in joints, weakening them and making them more prone to damage.