7 Appliances You Should Never Use on a Power Strip 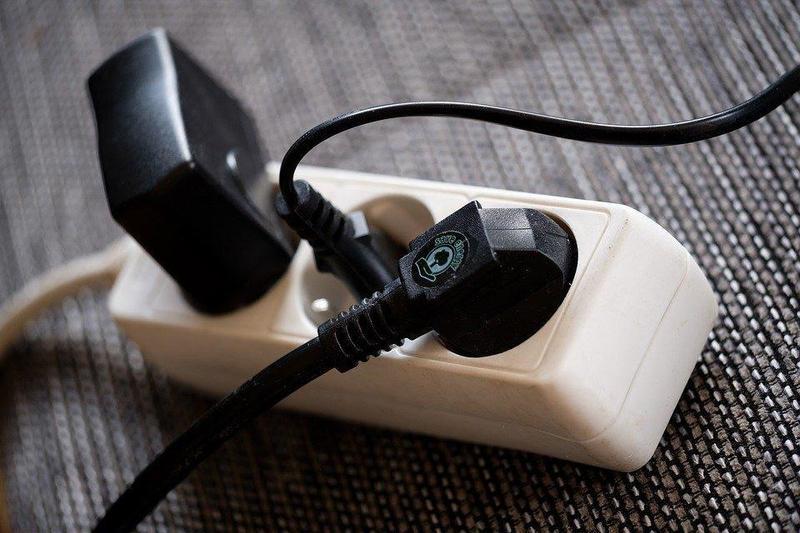 A power strip deftly connects to those electrical gadgets that ask for more wall receptacles than are readily available. It is an electrical socket length attached at the end of a flexible cable plugging inside an electrical container. Power strips are available in various ranges. It differs appearance-wise, from fibre-coated heads to plug-in outlets that are covered in big metal boxes. The power switch is the LED enabled ones indicating when they are in 'switched-on' mode. Many have push-button systems, which trips automatically when the strip heats up owing to too much of electricity flow.

Many hair styling gadgets like hairdryers, curling tongs, hair straightening irons produce heat. These gadgets use a lot of amperage for getting the right results. When plugged into a power strip, it calls for a lot of electrical problems. The power strip heats up fast, owing to too many connections and results in getting burnt or short-circuit. This kind of hairstyling gadget plugs directly into the wall socket for getting the best result.

Any variety of refrigerator pulls a lot of current flow. The reason is their continuous 'on' and 'off' cycling process. It thus overloads a power strip very fast. This kind of electrical appliances requires plugging into a wall outlet, which is dedicated to single appliance usage. And if at all you plug other electrical devices into the same outlet, chances of tripping of a breaker arises.

Who does not love to relax and unwind with a piping hot coffee! But most of the coffeemakers ask for a significant amount of amperage for transforming the roasted coffee beans into a hot cuppa. Looks can be deceptive. Though any coffee maker seems very lightweight for heating water, a power strip is not meant for its connection. Instead, plug the gadget directly into a wall electrical outlet. Due to heavy amperage, any power strip will melt, if at all a coffee making appliance plugs in it.

A grill toaster has exposed wires in the slots that become red hot, once put into power. It consumes a lot of electricity to fire up these exposed wires. It thus quickly overloads any power strip. Plug these kitchen appliances directly into the wall sockets.

A rice cooker utilizes a lot of time and amperage. Rice cookers require a continuous power flow. A power strip never guarantees in delivering a similar kind of energy. So, plug the rice cooker securely into an electrical wall socket to get the best result.

A good microwave oven is the powerhouse of all the excellent features, like heating, cooking food, reheating, and defrosting. But all these require a lot of energy consumption. A power strip is not appropriate to offer such kind of energy. Thus plug the micro-oven into a dedicated wall socket in the kitchen to get a secured result.

A room heater, too, should have a dedicated wall outlet. Like a fridge and portable heaters, a room heater has a continuous on-off cycle. When it switches on, it consumes a lot of current flow, more than any power strip can deliver consistently and securely. The whole sequence will overheat any power strip dangerously. So, avoid the implementation of the same for room heaters also.

Quick Checklist of Yes and No

Power strips are moderately fine, as long as you utilize it securely. There is a handful of 'yes' and 'no' list so that you become proficient in using a power strip deftly.

Use a power strip to connect the light-loading electrical gadgets like mobile phones, computers, alarm clocks, and music systems.

Buy a power strip having the internal circuit breaker installed in it. It acts as a safety measure designed in prevention for property damage and risks of catching fire. A right-angle power strip serves as the right solution for moderate house usage, along with basic features, like thick cord and market-friendly price. It comes with a convenient reset button to eliminate the requirement for any unplugging.

Give a break while using any power strip. Use it cautiously. They are never designed to keep up with the current load for a long time. Rather it overheats quickly with frequent usage.

It would help if you never plug a power strip into a second one. If done so, the electrical appliances get short-circuit fast, while increasing the chances of any electrical emergency.

Once you feel the power strip getting heated up, stop using it and disconnect it immediately.

A power strip metes out the electricity flow evenly. It never blocks the electrical surges or adjusts the same. It is a thorough misconception that all these come with electrical flow protectors. When appliances are consuming a lot of current flow plugs in any power strip, it can result in pocket-pinching damages to your property. Remain safe by unplugging whatever is taking over the wall sockets than plugging these heavy gadgets into any power strip. It might take a bit of re-arrangement of things in the house, but it is a brilliant and safe move!