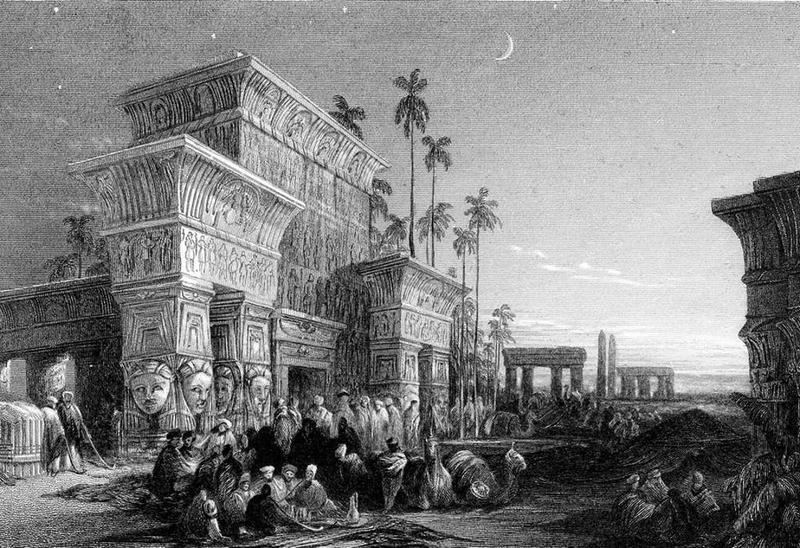 We’ve seen stories of ancient Egypt on-screen before—the biblical tale The Prince of Egypt, the extremely long Cleopatra, and the Mummy trilogy, as well as that one episode of Futurama on the possibility of ancient aliens. But have we mined all the stories of ancient Egypt, which spanned thousands of years and several cultural milestones in human history? Of course not, and we have a ton more ground to cover.

The Buried Queen: A biopic on Queen Hatshepsut.

Cleopatra is the most famous female pharaoh, but Queen Hatshepsut’s reign as pharaoh ran from 1479–1458 B.C.E., preceding her by 14 centuries. She came to power when her husband (and half-brother), Thutmose II, died, and she ruled first as regent to her baby stepson, Thutmose III, before taking full power. Hatshepsut often had herself depicted as a man in official iconography to quell gossip about the legitimacy of her position; she was the most powerful person in Egypt, but her very authority was vulnerable to attack because she was a woman. In fact, her reign was eventually deemed extremely successful, as she focused on economic prosperity and stability rather than conquering foreign lands. Her existence was only discovered much after the fact, because her stepson, who succeeded her, destroyed evidence of her reign. This is believed to be a political move so that his time in power, as well, would not be questioned in the future . . . or done in a fit of rage, depending on which history book you read.

The Middle Kingdom: An adventurous, exciting drama not unlike Game of Thrones, but with Egyptian gods.

Ancient gods and goddesses have always been great fodder for dramatic adventure, from Xena: Warrior Princess to the upcoming Gods of Egypt. Ancient Egyptians believed that the gods were directly involved with the lives Egyptians lived. Why not make a movie where the Egyptian gods solve political squabbles by interfering and meddling with the lives of their worshippers? Start with the Book of the Heavenly Cow, which describes how humanity rebelled against the gods, forcing them to reorganize the heavenly world. To protect the Egyptian people, the sun god Ra tricked an angry Hathor into thinking that the world was covered in blood by mixing alcohol with red dye, which Hathor drank up in her literal bloodlust. How would she lash out when she realized the truth? Then there’s the cult of Osiris, where anyone, regardless of wealth or power, could enter the realm and would be given his or her own land if judged worthy on the Day of Judgment, when an individual’s actions in life were weighed. This upset the rich, who built huge, expansive tombs to try and guarantee happy afterlives. And then there’s—you know what? Just make it a TV show.

And She Sang On: A sweeping musical drama about Nehemes-Bastet.

Only discovered a few years ago in the Valley of Kings, Nehemes-Bastet’s life sounds like an incredibly unique and movie-worthy story. (And just think, there are more tombs buried in the Valley of Kings, which means several more stories waiting to be told.) Her discovery makes for the perfect framing device: archeologists specifically had her tomb protected during the Egyptian Revolution, in 2011, before they were able to return a year later. She herself lived during what Egyptologists called an “unsettling” time, the Third Intermediate Period, past the time of ancient Egypt’s peak. And she was a priestess-singer who would perform for religious festivals and ceremonies to worship Amun, the king of the gods. In terms of what her singing sounded like, historians debate that. Since the emphasis would’ve been on percussion, it might’ve been close to rap. It’ll take a few more years to fully examine Nehemes-Bastet’s remains, but come on, an ancient Egyptian rap-priestess who lived during a time when her civilization was slowly crumbling around her? Admit that you would see that movie, and buy the soundtrack. In terms of who could play Nehemes-Bastet—well, Janelle Monae already has the right headgear . . .

Rock and Kohl: A comedy set in an ancient Egyptian beauty salon.

In general, there should be more comedies set in the past, because humor is universal across time and space. But anyone who’s been to a beauty salon has heard and seen the diversity of stories and people in one place; imagine the gossip you would hear in between crushing carmine beetles for lipstick (a technique from Cleopatra’s time, 51-30 B.C.E.) and selling fancy makeup clutches to rich people. Ancient Egypt gossip would be particularly fascinating, since ancient Egyptian women were given significant legal freedoms that American women have only gotten in recent centuries, such as the rights to own property, represent themselves in court and sue people, and enter into priesthood, the latter of which garnered political power. They could also get married and divorced very easily, and enjoyed pre-martial sex, since ancient Egyptians had several methods of contraception. However, these rights were not the same for lower classes, or available to the poor. Ancient Egypt is also where cosmetics were first invented (around 4000-3500 B.C.E.), including kohl eyeliner, created with galena and malachite, ground up and mixed with materials like soot or burnt almonds. Ancient Egyptians considered makeup to have magical properties, saying incantations as they put it on, because of its anti-bacterial properties that fought off infection. The chemicals in kohl were ground up using personal cosmetic palettes, but the ancient Egyptians had to get those fancy chemicals and perfumes from somewhere—why not a combination chemist-magician-beauty shop? Mixed gender, of course, since both Egyptian men and women used makeup.

Ancient Egyptian law was very detailed, not unlike the American justice system now—although unlike us, they seem to have a particularly bad tomb-raider problem. One particular difference is the consulting of a holy oracle to have final say in a trial. Think of it: a holy oracle could let a tomb raider off because she saw something deeper in him, and offer him freedom if he could help her solve an exceptionally thorny mystery. Like Sherlock, the story could expand to a whole secret detective network to ensure the oracle made final judgments that she knew to be based on facts and figures to prevent the wrong man from going to jail.