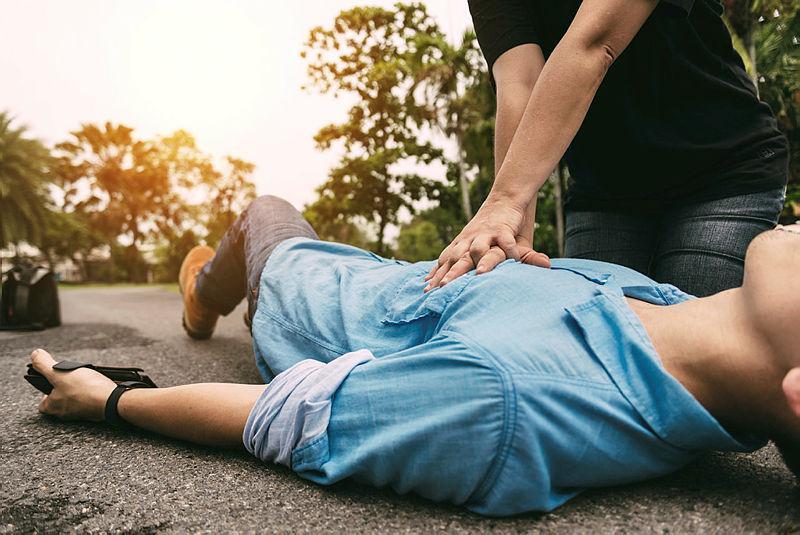 To celebrate World Heart Day, we take a look at studies of CPR registered at the ISRCTN registry .

Cardiopulmonary resuscitation (CPR) is a life-saving medical procedure given to patients in cardiac arrest. It involves pressing down rhythmically on the chest (compressions) to help pump blood around the body and giving a series of rescue breaths. To celebrate the World Heart Federation’s World Heart Day on 29 September, we take a look at studies of CPR registered at the ISRCTN registry.

In the UK over 30,000 cardiac arrests per year occur outside of hospital where the emergency medical services attempt resuscitation. Several registries have been established to assess the outcomes of patients after cardiac arrest and resuscitation, including those covering the Greater Paris area, Denmark, Amsterdam, and the UK.

People who have a cardiac arrest and receive bystander CPR are also almost four times more likely to survive than those who don’t.

Results from the Danish registry have shown that rates of CPR by bystanders have tripled between 2001 and 2014. People who have a cardiac arrest and receive bystander CPR are also almost four times more likely to survive than those who don’t.

Unfortunately, even with CPR, many patients do not achieve a good neurologic outcome, as the brain is at risk to even short periods of hypoxia (lack of oxygen) during cardiac arrest. A study in Slovenia observed the changes in oxygen supply to the brain during standard CPR following cardiac arrest using a new brain imaging technology called near-infrared spectroscopy (NIRS).

What can be done to improve CPR outcomes? Bystanders are encouraged to intervene when someone has a cardiac arrest; unfortunately, the quality of chest compressions is usually not optimal, which is understandable as bystanders are often not trained to deliver CPR effectively.

Telephone instructions can be given to bystanders by the emergency services. The COCPR II study tested different methods of giving instructions on the depth and rhythm of compressions, but the results showed no improvement in CPR quality.

Telling people to push “hard and fast” was more effective than telling them to compress by “at least 5 cm” or “approximately 5 cm”.

The COCPR III study also tested the use of regular or voice metronomes to help with chest compressions but found that they actually had a negative effect. More positively, the results from the DIRECT study showed that telling people to push “hard and fast” was more effective than telling them to compress by “at least 5 cm” or “approximately 5 cm”.

The COCPR IV study aimed to improve the quality of chest compressions by using a smartphone app which sends accelerometer data to the emergency services dispatcher, who can then provide real-time feedback to the person performing CPR.

Once the emergency services arrive or the patient is taken to hospital, healthcare professionals take over the CPR, but could their performance also be improved?

The CORPUS 1 pilot study of healthcare professionals performing 15 minutes of chest compressions on a manikin showed that the depth of compression (which correlates with heart stimulation during CPR) was related to their physical strength and exercise capacity.

Studies on enhanced training for CPR and debriefing after CPR were found to not improve CPR quality from an already high level. This suggests that perhaps the upper limit of manual CPR has been reached, with the physical ability of the person performing CPR controlling its efficacy.

If CPR is not effective at restarting the heart, some people are given adrenaline. Although adrenaline has been used to treat cardiac arrest for a number of years, it is not known whether it is safe and effective for improving long-term survival and helping the brain to recover.

The PARAMEDIC 2 trial results showed 30-day survival to be significantly higher compared with placebo, but there was no significant difference in favorable neurologic outcomes because more survivors had severe neurologic impairment in the adrenaline group.

Although CPR is traditionally done by humans, mechanical devices are now also available to do the job. Chest compression can be delivered more consistently and without fatigue by a machine. These devices also free up a healthcare practitioner to provide other treatment in a real-life situation. Before these devices are used in healthcare settings, studies are needed to show that they provide a benefit and do not cause any extra risks.

For example, the PARAMEDIC trial found no evidence of improvement in 30-day survival with the LUCAS-2 mechanical chest compression device compared with manual compressions.

Results from the COMPRESS-SIM study showed that pit-crew training on how to use the LUCAS-2 device (where each member of a team is allocated a task and sequence) did not improve the deployment of the device in a simulated CPR scenario.

Studies of the LUCAS and AutoPulse devices investigated the rates of serious or life-threatening visceral damage from chest compression administered by these devices.

The ResqPOD device can be added into the ventilation apparatus and contains a valve that prevents air from being taken into the airway passively during CPR. The aim is to increase the efficiency of CPR by increasing negative pressure in the chest so that the heart fills with more blood in between compressions. The POD pilot study of the ResqPOD device with patients in cardiac arrest is expected to report its results soon.

As it appears that humans still have a role to play in performing CPR for the time being, if you are in the UK and want to learn how, why not join a Heartstart course run by the British Heart Foundation?