Talking About the Elephant: An Anthology of Neopagan Perspectives on Cultural Appropriation 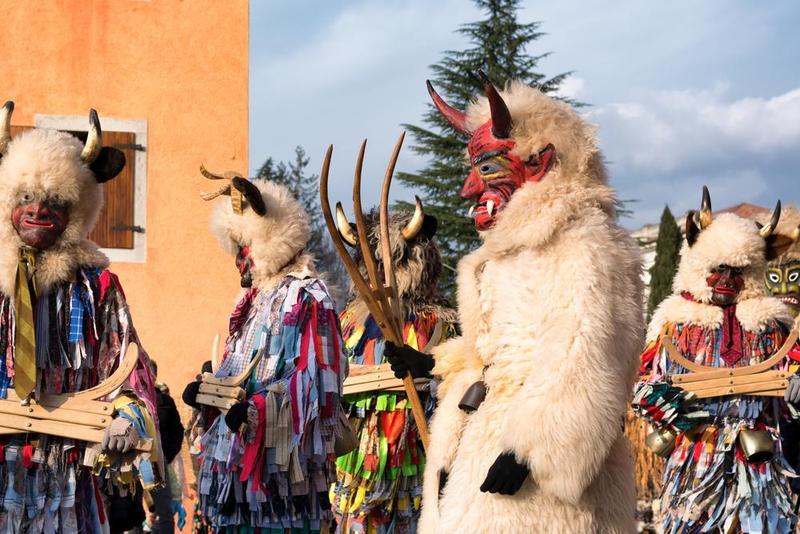 When that pale-skinned 4th-Degree Celto-Cherokee Rasta-Peyote Shamanic Witch invokes Erzulie to power chakra crystals for her tantric yoga class, she's indulging in a common but obnoxious practice: cultural appropriation. You may not have heard the term, but you've seen it in action. Most of the New Age movement — hell, most of civilization — is built upon it. Although a certain degree is inevitable when cultures meld, it can get out of hand… and often does.

Talking About the Elephant deals with this topic at length, offering potent observations from a range of authors. From Taylor Ellwood's essay on academics who infiltrate Neopagan circles without regard for the consequences of their actions, to Lelandra's passionate critique of indigenous kitsch, this essential collection tackles issues of ethnicity, authenticity, consumerism, academia, tradition, research, cheesiness, sexism, racism, and unconscious religious bigotry, just for starters; the book's twenty essays provide thoughtful commentary on an issue of vital importance. [amazon template=image&asin=190571324X] My favorite entry sits nearly dead-center in the book. Entitled "The Veiled Goddess," it delivers a resounding smack upside the head to people who adopt the sacred goodies of cultures they know nothing about. Author Aliyah Benjamin spares no rods with on these spoiled children. "Oh," she writes in mock dialog, "you worship Kali. Does that mean you're Hindu?" "No," replies her theoretical Thuggee, "of course not." "Do you know any Hindus… any Indian people… eat Indian food, listen to Indian music or watch Indian movies?" "Nah," replies the clueless Kaliite… and yeah, I've met that person in real life more times than I'd care to count. Benjamin cites the "breathtaking hypocrisy" of Neopagans who assume knowledge about, and divine ties to, cultures they don't bother to understand, and while the blow is softened somewhat by essays like Erynn Laurie's "Work and Fear" or Kenaz Filan's "Ain't Nothing Like the Real Thing, Baby…" still, it stings — as well it should. On the whole, Talking About the Elephant is an engaging and enjoyable read. Lupa has done an excellent job of presenting a volatile topic with measured eloquence. The (likely to be) Euro-American reader is neither beaten about the head and shoulders for being a spiritual tomb raider, nor comforted with the peachy declaration that "it's all good as long as you are sincere in your intentions." My biggest criticism about Elephant is simple (and true about our movement as a whole) nearly all the writers are middle- to upper-class white folks talking about other people's traditions, which they have "adopted" for themselves. There's irony in a book about cultural appropriation that's written — let's be very blunt — by the type of people most often accused of it. Thankfully, the authors seem to be aware of this discrepancy; and the essays display wry self-consciousness rather than the empty paens to "those spiritual little brown people" (a phrase I once actually heard uttered in complete sincerity by a San Francisco acquaintance). That said, it's still a problem here. I would have liked to have seen more essays from African, Indian, and Native American authors. What might Sherman Alexie have written about the "plastic shaman" syndrome? How does Nalo Hopkinson feel about white "voodoo priestesses"? What if Lupa had asked Spike Lee, bell hooks, Tatsuya Ishida, or Owl Goingback for their observations? Personally, I'd love to see that book! It might not be as polite as this Elephant, but would provide some well-justified fire for thought. Talking About the Elephant is a fantastic introduction to a vital topic. The book's ironic extension of the topic through its chosen authors in no way diminishes the validity of their insights. As our global community moves into the 21st century in the light of an historical presidential election (and the shadowy backlash it has engendered), I commend Talking About the Elephant to every potential reader. That said, I'd also like to see a second volume address the topic — a book dominated by authors whose voices are still so often lost.