SELFFAMILYSOCIETYHUMANITYEARTHUNIVERSEDIVINE
Home/MASSAGE IN MYANMAR: A RICH TRADITION OF HEALTH AND WELLNESS

MASSAGE IN MYANMAR: A RICH TRADITION OF HEALTH AND WELLNESS 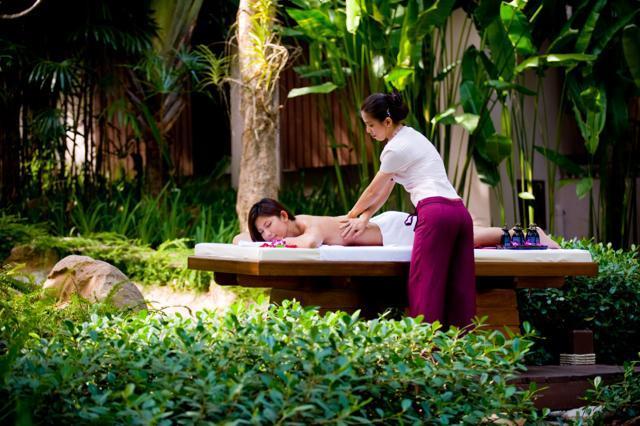 While typically overshadowed by the more well known Thai massage of its neighbor to the east, Myanmar actually has a rich tradition of massage. A Myanmar spa experience is one of the things any traveler to Myanmar should experience at least once, though most tourists will find that’s not nearly enough. While similar in many respects to Thai massage, the Myanmar variant is unique, and influenced by the country’s own history and geography. To devoted purists, it’s the best massage art form in the world.

The cultural waves of first Hinduism and later Buddhism that emerged from India and spread across Myanmar, Thailand, Laos, and Cambodia brought many of the techniques that make Thai massage famous. These same waves brought the techniques to Myanmar as well, though it’s almost certain that they were blended into massage forms that had long existed in both countries. Much of the physiological technique, consequently, derives from Indian Ayurvedic medicine.

The earliest anatomical charts from Myanmar depict the body’s muscle groups in spiral shapes, and there is a corresponding emphasis on circular motions in massage. While Thai massage has Ayurvedic influence in its origins, the country had less contact with India over the subsequent centuries. Myanmar, on the other hand, has a border with India and has always had much closer trade and cultural ties. This effect is clearly seen in the country’s massage.

China’s traditional cultural influence is impossible to miss in much of Asia, and Thailand is no exception, but again, Myanmar massage seems to derive more from China than Thai therapies do. Acupressure techniques are readily apparent in Burmese massage. The idea of using stretching and pressure to balance the body’s qi is prevalent.

Massage is such an integral part of life in Myanmar that nearly everyone knows at least some basics. While better establishments and spas hire only highly trained masseuses and masseurs, the average person probably still gives a decent massage because of how close families are in the culture, and the way people are expected to take care of their parents and elder neighbors and relatives. Massaging out their aches and pains is such a normal part of daily life, it’s not even really thought of as giving a massage in the way you get one in a spa or shop.

Where to get a massage in Myanmar

Although the tradition of massage goes back thousands of years in Myanmar, and is an important part of family life, it’s not all that easy to find a massage as a traveler, especially compared with the ubiquity of massage shops in Thailand. Still, it’s worth seeking out on your Myanmar travels as it’s an unforgettable experience. Luxury travelers should find it easy as most luxury hotels and resorts in Myanmar will have a spa. Nearly all of these will offer various styles, from Thai, to Swedish, to fusions, but they should specifically offer a Burmese massage as well.

If you really want to get down like a local, head to Chinatown where you can get a massage literally by the side of the road. It may not be the most spiritually relaxing thing, being bent, rubbed, pressed, and twisted while traffic passes by, but you should walk away from it with your aches and pains worked out and your qi circulation in balance. As tourism increases (and wow, is it ever increasing!) more and more mid-scale shops and spas should open, but for the moment, the high-end options are a great bet for most travelers.

Even Myanmar’s more luxury spas are still a great value for the money. While lots of mid-level shops do have talented staff and use quality massage oils, they rarely have the serene environment that sets luxury spas apart. You may be getting a wonderful massage, but you still hear the hum of traffic or the staff chatting while waiting for customers outside. There’s a reason luxury travelers splurge for the best, and that’s because there are some things you can’t get unless you pay for them.

You hear only the sound of falling water, or lapping waves, or the wind in the trees. Perhaps the light clink-clunk of a bamboo wind chime. Maybe some serenely peaceful traditional music playing softly. The masseuse’s hands instinctively find your right-there spots and the perfect level of pressure. The scent of a traditional herbal compress blends delightfully with the subtle aromatherapy oil wafting around you. This is the experience you find at a luxury spa in Myanmar. To get a massage here is to be a part of a tradition dating back thousands of years, and influenced along the way by each and every event in Myanmar’s long history. The fact that you feel amazing after, and it costs a fraction of what it would almost anywhere else, is just a nice little bonus.