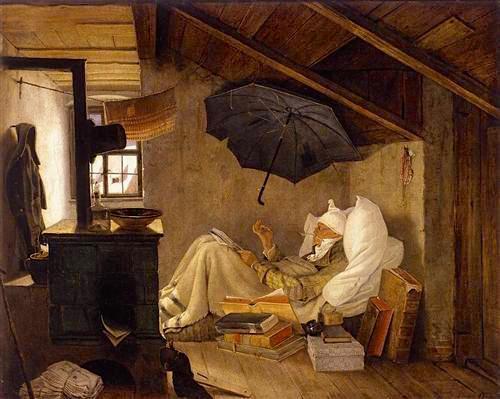 Illness focuses the mind on the essentials; nutritious food, a hot drink, and a comfortable bed or couch become key, while everything else recedes into the background. Having suffered from a cold these last few days, I focused on the above life-saving factors while recuperating. Illness has been a great excuse to get caught up on my reading and sleep. Nonetheless, being sick is no picnic, and in between sneezes, I had only one question on my mind; when will I get better? For much of my life, I have suffered from colds, flus, and similar maladies that lasted for weeks or months despite trying all possible remedies, so I naturally worried this cold, too, might turn into one of these familiar germ marathons (shudder). I asked a horary question to determine how long I would be ill. Read the horary question about the illness, judgment, and follow-up information here.

My approach to horary has changed a little over the past few years. Now, whenever I encounter an unusual horary question, I research the suggested interpretive techniques in traditional sources before analyzing the horoscope, often taking notes. Here is what I found: While the traditional texts have some material on the duration of illness, it is often intertwined with other issues, such as determining whether the patient/querent will survive. The texts thus require close reading and annotation to tease out the relevant information, which I will share with you.

The sixth house chapters of horary texts are a sobering reminder of the fragility of life and health in most of human history. Texts like Ben Dykes’s translation of The Book of the Nine Judges, and William Lilly’s Christian Astrology (a book especially rich in indications of the duration of disease), while I sit in my 21st century study, I feel doubly fortunate: I don’t have to worry whether this particular illness will kill me, and I can easily cast a horary on this relatively trivial issue. Neither of these comforts were available to most querents of horary astrology throughout history.

Below are some of my paraphrased and reorganized gleanings of horary texts for determining how long an illness might last; may these prove useful to you (though I hope you have few occasions to use them!). Then, I will share my own horary on illness (see Part 2 of this post) and show how I put the principles into practice.

1. William Lilly, Christian Astrology (“CA”), p. 247-8: Diseases signified by Saturn are long and regulated by the Sun [NG: for timing purposes]; diseases signified by Jupiter, Mars, and the Sun are shorter and regulated by the Moon [NG: again, timed by the Moon], Venus shows illnesses neither long nor short, Mercury diseases are “divers and inconstant,” [NG: variable and intermittent], Moon diseases are “such as do again revert,” [NG: illnesses that are episodic and recurrent].

Last degrees of a sign on the sixth house cusp shows the disease nearly at an end, or about to alter in some way.

The domicile ruler of the sixth “of evil influence” [NG: perhaps a malefic or debilitated benefic] and placed in the sixth, shows an enduring, serious illness. Conversely, a fortunate planet in the sixth shows an illness that will not kill and will soon be cured.

Saturn ruling the sixth, and placed in a fixed sign, “he extremely prolongs the Disease.” This is also true if he is slow in motion or retrograde. If he is in a cardinal sign, in his own term/bound, or swift in motion, then he will not be so evil, nor will he prolong the disease.

A cardinal sign on the sixth house cusp and/or the Moon cardinal, and “no impediment otherwise appearing,” the disease will last a short while.

Common signs on the sixth house cusp (except Pisces, which acts as a cardinal sign) “do more long continue any infirmity.”

An unfortunate planet in the sixth moving from one sign into the next shows the disease will soon change. The number of degrees before the change of signs determines so many days, weeks, or months, depending on the sign.

Ruler of the sixth house retrograde, combust, in the eighth or twelfth houses, conjunct, square, or opposite Saturn or Mars, or ruler of the fourth or eighth house, it shows “much infirmity, a long continued and sudden alternation of the Disease from better to worse, if not Death itself”

4. CA 249-50: Saturn, Mars, or any unfortunate planet in the sixth house shows great danger, but if the planet is well placed or essentially dignified, it is not very harmful, and “the Disease is happened casually and suddenly, than upon any prepared matter in the Body beforehand.” Similarly, a benefic planet in the sixth that is not the cause of the illness, the disease will not become permanent or chronic.

The ruler of the sixth house in the Ascendant, and the ruler of the Ascendant in the sixth, the disease has been going on for a long time, and will continue to do so until one of the significators leaves its current sign [NG: This is a helpful hint as to the timing of diseases in general; a significator’s change of signs very frequently shows a change or improvement in the illness and so is relevant to my original question.]

Ruler of the sixth house square or opposite the ruler of the Ascendant in the azimene degrees, the disease is incurable.

Ruler of the sixth in the Ascendant shows the disease will continue but the pain eases.

Ruler of the sixth in a cadent house, the disease is neither serious nor will last a very long time.

Diseases not easily curable are shown by malignant planets in the sixth house, or the ruler of the sixth in the sixth, eighth, or twelfth house.

5. CA 250-1: Good signs of health and recovery for the ruler of the Ascendant and the Moon: Neither is conjunct, square, or opposite Mars or Saturn, or any badly disposed planet; both are direct, free from combustion, swift in motion, not peregrine [NG: out of their domicile, exaltation, triplicity, terms, or faces], nor in their fall or detriment; neither are in the sixth, eighth, or twelfth houses, nor in aspect with their rulers.

The ruler of the Ascendant afflicted by sign placement, retrogradation, being peregrine, combust, or in fall/detriment, querent may be cured, but will soon relapse or even die. If Saturn rules the Ascendant, in his own dignities [not peregrine], slow, diminished in light [NG: perhaps relative to the Sun], retrograde, shows an illness that lasts a long time.

6. CA 251:Ruler of the Ascendant swift in motion, entering into another sign or house (as long as it is not the sixth or twelfth house), the disease will quickly end.

The ruler of the Ascendant not afflicted, swift in motion, in a good aspect to a fortunate planet, the querent will quickly be able to overcome the disease.

All the significators of the illness in fixed signs indicates a long time before the disease is cured, and it will be with difficulty.

Both the Sun and Moon in cadent houses, disposed by unfortunate planets, shows a very serious illness, but if fortunate planets participate, the person will be cured, though the illness is chronic and grave.

Ruler of the sixth house combust, retrograde, in fall/detriment, in the eighth house, conjunct, square, or opposite Mars or Saturn, and the Moon also applies to conjoin, square, or opposite the ruler of the eighth house [NG: most likely, the more of these factors are present, the more certain one can be of the judgment], the illness “will never leave the sick party till death.”

The Moon or ruler of the Ascendant conjunct, square, or opposite a retrograde benevolent planet, the person will recover slowly, with some possibility of relapse.

8. CA 267-8 “How long ere the sick recover.” Count the degrees between the ruler of the Ascendant and the aspecting benevolent planet (if applicable). Cardinal signs indicate days, especially if the significators are angular and swift in motion. Mutable signs can be days, weeks, or months, depending on the rest of the horoscope and the nature of the disease. See if the Moon is swift or slow in motion, and her sign.

When the ruler of the Ascendant moves into a new sign where it has essential dignities, the sick party recovers or feels a noticeable improvement [NG: not clear if we are meant to count the degrees until the sign change, or check the ephemeris for the actual day of the change of signs]

9. ‘Umar, 6.9. [This section and the next are from The Book of the Nine Judges, translated and edited by Benjamin Dykes, pub. 2011 by the Cazimi Press.] “On the nature of the disease.” The Ascendant and the Moon in cardinal signs indicate death or health [NG: depending on other indications] more quickly. The Ascendant fixed indicates death after a lengthy illness [NG: again, assuming the horoscope supports a conclusion of death]. The Ascendant and the Moon in mutable signs indicates health, if they are fortunate; if afflicted, they show “a hastened death.”

10. Dorotheus, 6.6 “On those growing ill.” Cardinal signs indicate an acute illness, mutable signs show an illness of medium duration, and fixed signs “afflict with a steady and long-lasting disease.”