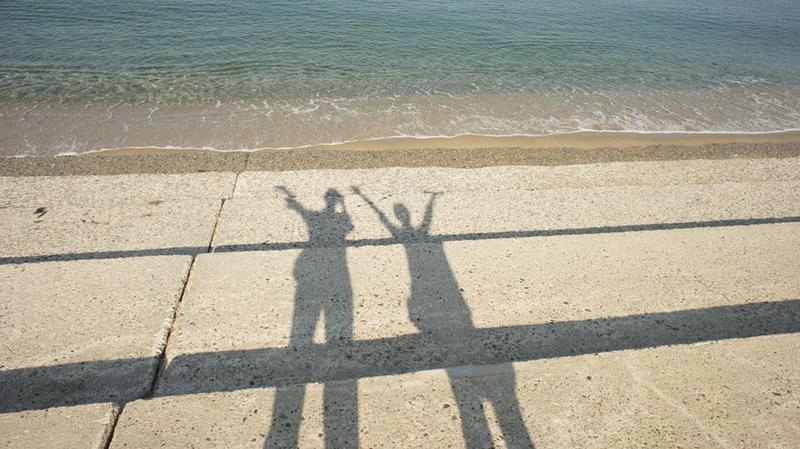 My only kid died in an accident when he was six. I adopted a baby girl three years later after being told I’d never give birth again. Two years later I gave birth to my second son.

My second son, three years ago, gave me my first grandchild – a little boy. The day he was born, I was surprised that his face was that of my first son. My two sons had different fathers as well.

Last autumn my grandson and I were having dinner when suddenly he called me mom instead of grandma. I smiled and said, wrong name, I’m grandma. He pointed his finger at me and said, you’re my mom. I told him no, I was his father’s mom.

When we got in the living room, he pointed to my dead son's picture and said, that’s me when I got older. I told him no, that’s your father’s brother.

This has occurred four times now. When I asked him what his mother’s name was he gave my daughter in law name. I asked, what’s the name of the other mom’s tummy you were in? He said he doesn’t know her name….yet.

A few days later he said to me he had something to share. I said alright. He then told me he loves me very, very much and he wants to live with me and so on. I told him he lives with his parents. He told me he never wants me to die because he loves me too much. Then he said he knows Mimi (his other granda) loves him and he loves her too but his love for me is special.

He is still saying he was in two mama’s bellies and he was here before when he was older.

And the real kicker is that he has the same face of my deceased son. Everyone who knew my first son agrees with it. I hear it all the time how much this little boy looks like me, same as my first son did.

I’m pulled to wonder how a four year old can keeping the things that he is. And why he believes the picture is of him when he got older.

My first son’s favorite color was blue. So is my grandson's. When I asked why he loves blue colored clothes, he replies, I don’t know why, I just do.

Is something going on here? Is it possible my son and grandson somehow is entwined? I’ve got to find out and be given an explanation of what’s going on.