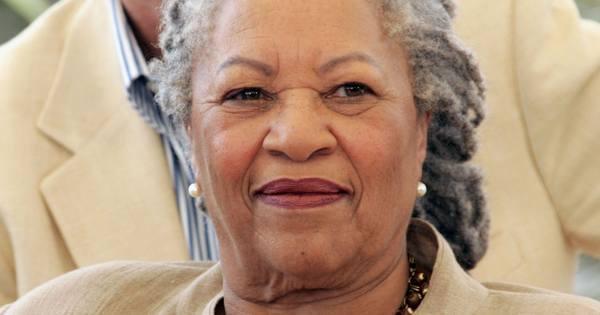 These laureates might not be household names, but their contributions helped change the world.

When we speak of female Nobel Prize winners, Mother Teresa, Marie Curie and Malala Yousafzai perhaps come to mind. But there have been 48 female Nobel laureates. They were involved in all kinds of projects, from physics experiments to masterful novels, and they altered our perception of art, animals and the human body.

In honor of Women's History Month, we want to remember some not-so-familiar female Nobel laureates and the fascinating projects that won them international admiration.

American author Toni Morrison, who died on Aug. 6 at the age of 88, is most famous for writing "Beloved," a novel about a former slave woman who is haunted by a ghost. In 1988, this great novel about slavery's legacy won her the Pulitzer Prize for fiction and the Nobel Prize in literature.

I wanted the reader to be kidnapped, thrown ruthlessly into an alien environment as the first step into a shared experience with the book's population just as the characters were snatched from one place to another, from any place to any other, without preparation or defense

It's a pretty astonishing read and deals with topics like "How does the past invade the present?" using probably the most intriguing ghost ever. When she came up with the idea, Morrison wrote, "I was happy, free in a way I had never been, ever. It was the oddest sensation. Not ecstasy, not satisfaction, not a surfeit of pleasure or accomplishment. It was a purer delight, a rogue anticipation with certainty. Enter 'Beloved.'"

This Swedish writer won the Nobel Prize in literature in 1909, a dozen years before women could vote in Swedish national elections.

The book is about a selfish boy named Nil who is cruel to the animals on his family's farm. One day, he has a run-in with a tomte, a mischevious creature that's kind of the spirit of the boy's farm (they're actually very interesting). So the tomte turns the boy into a tomte, giving him the power to talk to animals. Nil and a farm goose join a flock of wild geese, and they have a series of adventures around Sweden. In the journey, Nil learns to be unselfish.

"If you have learned anything at all from us, Tummetott," a wild goose tells Nil, "you no longer think that the humans should have the whole Earth to themselves."

Israeli scientist Ada E. Yonath was working at Israel's Weizmann Institute of Science in the 1970s when she began mapping the structure of ribosomes, parts of cells that copy genetic code. To study the structures on an atomic level, she used x-ray crystallography, a technique that she pursued even though many scientists doubted it. Her new mapping helped scientists make better antibiotics, and her discovery landed her the Nobel Prize in chemistry in 2009.

"People always talk about the implication and applications of a process, but for me, the goal is purely about knowledge," said the Jerusalem-born Yonath. "Knowledge can become practical today, in 20 years, or in 500 years. Ask Newton. He didn't know there would be space research based on his accident with the apple."

American public philosopher Jane Addams wanted to improves the lives of working-class people, immigrants, women and children in a very direct way, and her success was sort of amazing. She found an old mansion in Chicago, cleaned it up and turned it into a community center. Not your typical community center, though: Hull House, as she named it, provided social services, but it also encouraged rigorous debate and studying into designing a better society. The environment was meant to foster democratic cooperation and collective action, rather than individualism. Her work won her the Nobel Peace Prize in 1931.

"Social advance depends as much upon the process through which it is secured as upon the result itself," she said.

The Hull House included an art room, where anyone from the neighborhood could come in and learn to make art. It became a place for self-expression, where immigrant communities got to know each other. For Addams, art was a way communities could disrupt fixed ideas.

Rigoberta Menchu's first language was Quiche, an indigenous language, but she taught herself other Mayan languages and Spanish.

This indigenous woman from Guatemala won the Nobel Peace Prize in 1992 for devoting her life to promoting indigenous rights in her country. In a dramatic film-like twist, her campaigns got her exiled, and she escaped to Mexico. There, she narrated a book about her life to Venezuelan author and anthropologist Elizabeth Burgos, "Me llamo Rigoberta Menchú y así me nació la conciencia" (My name is Rigoberta Menchú and this is how my conscience was born). The book made her an international icon.

"My name is Rigoberta Menchu," reads the book's first page. "I am 23 years old. This is my testimony. I didn’t learn it from a book and I didn’t learn it alone. I’d like to stress that it’s not only my life, it’s also the testimony of my people. ... My story is the story of all poor Guatemalans. My personal experience is the reality of a whole people."